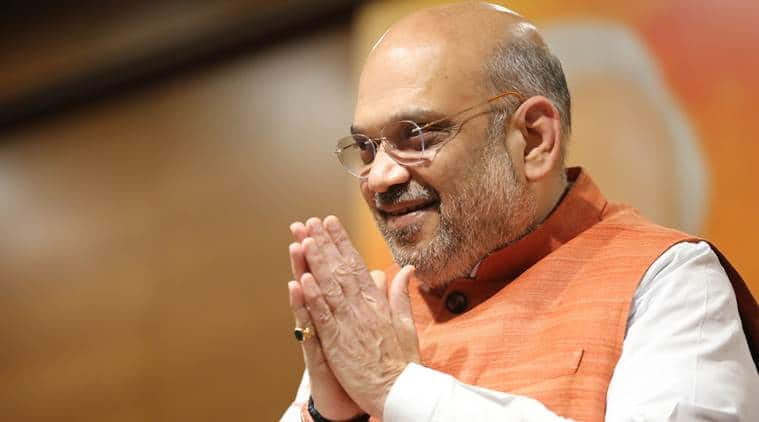 BJP chief Amit Shah arrived here today on a one day Kerala visit, seeking to tone up the party apparatus cadre ahead of the Lok Sabha polls next year.

He will attend a meeting of the party’s state core committee, address leaders from select districts, and inaugurate a convention of party workers of 6 parliamentary constituencies of southern Kerala, BJP sources said.

Shah is also likely to meet some prominent people of the state as part of his ‘contact for support’ initiative to inform them about the achievements of the Modi government, and also hold discussions with leaders from Lakshadweep. It is, however, unclear if a decision would be taken about the new Kerala BJP chief during Shah’s visit. The position is vacant for over one month after Kummanam Rajasekharan was appointed the Governor of Mizoram in May end.

The BJP is trying to expand its influence in the southern state, which has been dominated by the CPI(M)-led Left Front and Congress-headed United Democratic Front for decades now, but with little success. Though the saffron party’s vote share shot up to 14 per cent in the 2016 assembly polls against six per cent in the previous elections, it could manage to win just one seat.