Amitabh Bachchan asked Yash Chopra for a job after bankruptcy: The man who helped make Big B an icon twice over 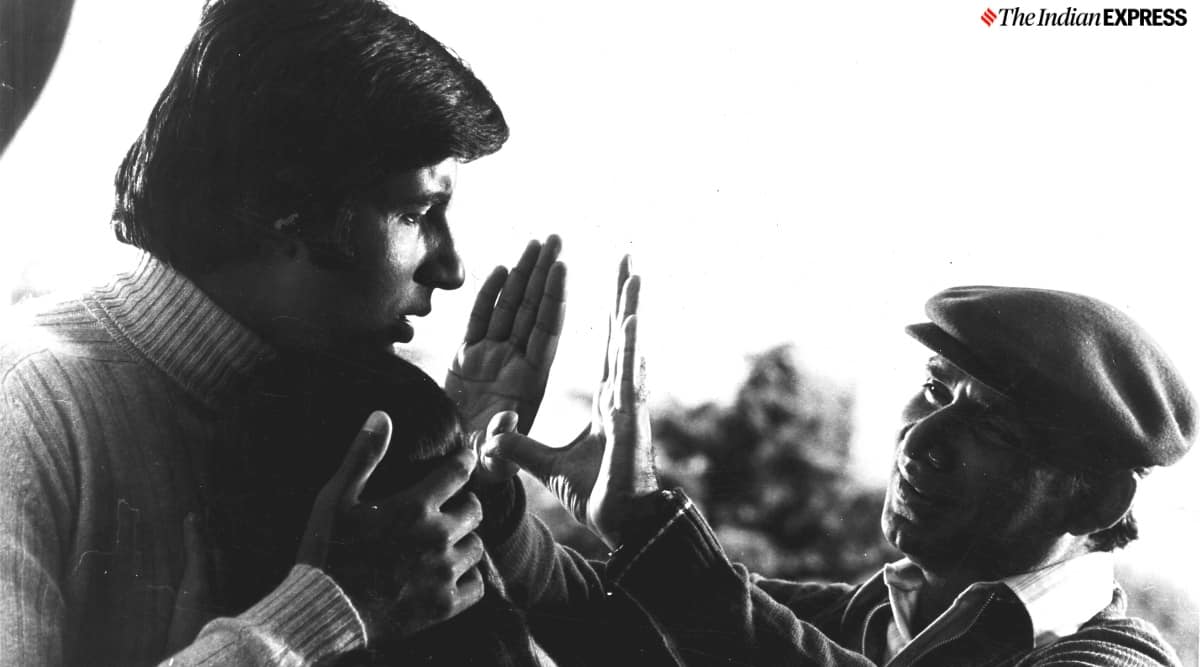 In 2021, you say the name Yash Chopra and most people around you will associate with him the title of ‘King of Romance’ and while that is a part of his legacy, one can never forget that this was the man who played a huge role in making Amitabh Bachchan the icon he eventually became, maybe twice over. The ‘angry young man’ came from the words of Salim-Javed but he came to life at his best with Yash Chopra. That’s not it. The director who perfected Salim-Javed’s words into vision in Deewar also brought to life the nuanced Amit from Silsila who was torn between love and duty. Once Amitabh was looking to resurrect his career after bankruptcy, he was the man he called. On Yash Chopra’s 89th birth anniversary, here’s looking back at his collaborations with Amitabh Bachchan that had them both exploring their creativity and telling nuanced stories.

Yash Chopra and Amitabh Bachchan first collaborated in 1975’s Deewar. Bachchan was a star after the 1973 film Zanjeer and the ‘angry young man’ was born. He was the new star on the block in those days but in hindsight, it was the 1975 film Deewar that shot him into superstardom. Chopra, in a conversation with Shah Rukh Khan on his 80th birthday, had revealed that when he read Deewar for the first time, it was the finest script he had read. “There was no flaw in it (the script),” he had said. Written by Salim-Javed, Deewar is still considered as one of the best films of Hindi cinema. But, it wasn’t always meant to be for Amitabh. 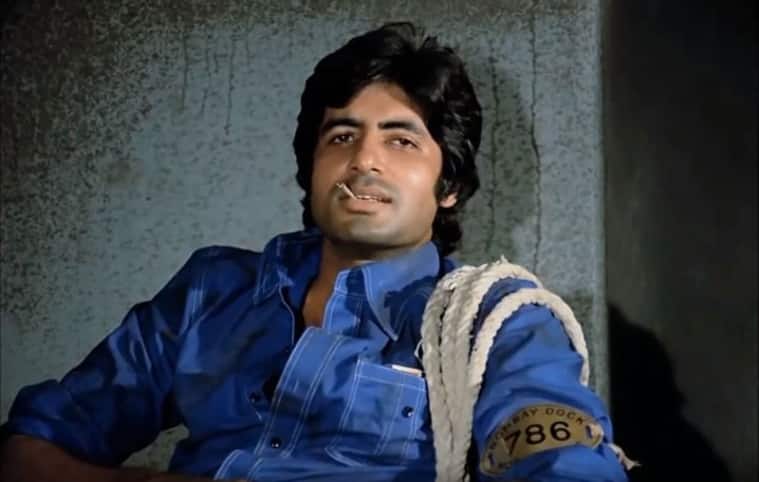 Deewar cemented Amitabh Bachchan’s angry young man persona.
In an interview with Dreamstar magazine’s Jyothi Venkatesh in 1976, Chopra had revealed that producer Gulshan Rai had signed Rajesh Khanna but after reading Deewar, they knew that no one but Amitabh was right for this role. “Gulshan Rai had signed Rajesh Khanna for his next film. But when we got the Deewar script, we felt unanimously that only Amitabh could do full justice to the character. The film, which Rajesh was to do, was shelved later,” he had shared back then. On many occasions, Bachchan has shared that Deewar continues to be his favourite out of all his films.

With Deewar, Amitabh’s image as the ‘angry young man’ was sealed but while Yash was making this intense anti-hero film, he was also dabbling with mature romance in Kabhi Kabhie. YRF’s Kabhi Kabhie was released just a year after Deewar but both these films were shot simultaneously. Kabhi Kabhie was an ensemble film that boasted of names like Bachchan, Shashi Kapoor, Rakhee, Neetu Singh, Waheeda Rehman and Rishi Kapoor but each character’s part was quite well-thought-out by Chopra, and his wife Pamela Chopra (credited as the writer of the film). 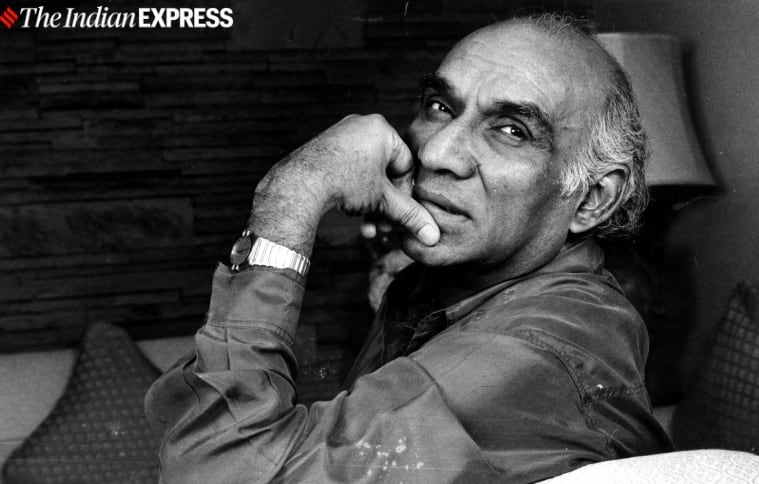 Shortly before the release of Kabhi Kabhie, Chopra told Venkatesh, “Amitabh Bachchan is a very good artiste. But unfortunately, he has got himself typecasted today as an ‘angry young man’. Of course, I do not deny that I am also partly to be blamed, because I had cast him as an angry young outlaw in Deewar, which gave a fillip to his career after Zanjeer which resurrected him in the industry. In Kabhi Kabhie, Amit is breaking new grounds. He is underplaying his role. You will be able to see the romantic as well as the serious side of Amitabh’s facet. I know that it is risky to cast Amitabh in a different mould after he has acquired for himself a star image, but then I am of the opinion that it is a thrill to risk and succeed.” 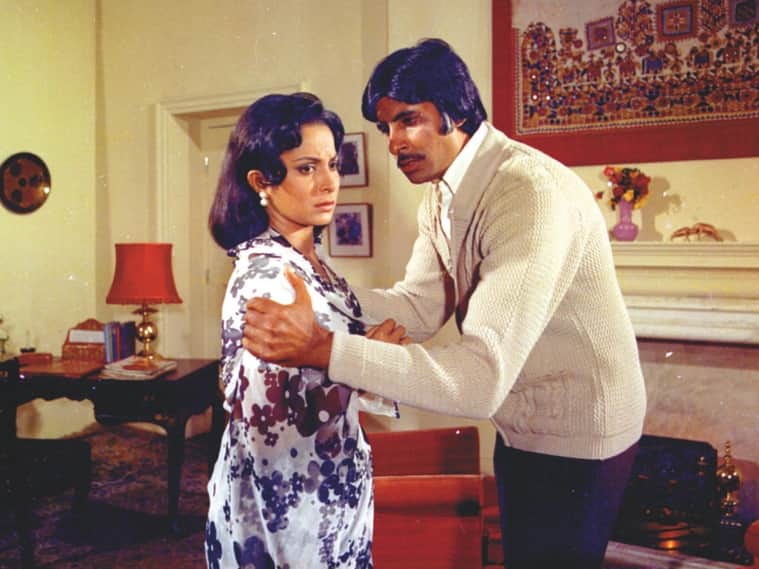 In Kabhi Kabhie, Amitabh Bachchan Amit detaches himself from poetry after his beloved marries someone else.
Years later, Amitabh wrote about working with Yash on his blog and said that the experience was just like a picnic. “Working with Yashji was always a picnic. Informal, relaxed and filed with humour and eating delicious food. He encouraged the families of artists to accompany them at the shoot destination. Whether it was Pune or Kashmir or Amsterdam or Delhi, it was always the same,” he wrote.

With these two diverse hits, the collaboration of Yash Chopra and Amitabh Bachchan was off to a great start. And soon again, they worked in Trishul and Kaala Patthar. Like Deewar, Trishul was also produced by Gulshan Rai and was written by Salim-Javed. By the time this film came around, Amitabh was a bonafide star who had Sholay, Muqaddar ka Sikandar, Amar Akbar Anthony, Parvarish, Don and many other hits in the bag. Amitabh’s Vijay was the anti-hero who was out to avenge his mother. 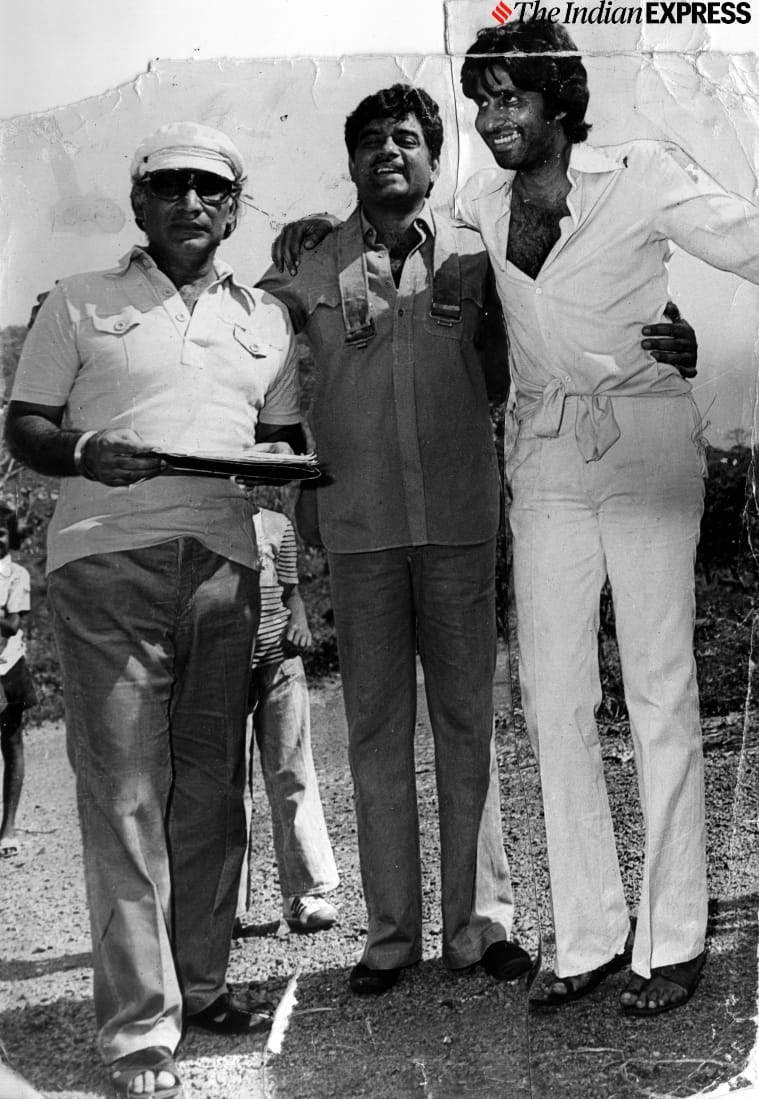 Yash Chopra, Shatrughan Sinha and Amitabh Bachchan on the sets of Kaala Patthar. (Photo: Express Archives)
YRF’s Kaala Patthar was made on a bigger scale and was based on the story of a mining disaster. Amitabh was his usual fabulous self in this one but here, it was Shatrughan Sinha’s Mangal who walked away with all the applause.

During that era, their last collaboration came in the form of the 1981 film Silsila. Yash pulled a casting coup with this one but the way he pulled it off is a legendary story that he shared in the same SRK interview. Yash had revealed that he had cast Parveen Babi and Smita Patil in the film with Amitabh but was not really convinced with the cast. Whilst discussing the film with Amitabh in Srinagar, the actor asked him if he was happy with everything and that is when Yash shared that his dream cast would be Rekha and Jaya Bachchan. Getting Rekha, Amitabh Bachchan and Jaya Bachchan to star in the same film was the biggest casting coup of that era.
Amitabh suggested that they go back to Mumbai and the director speak with the two actors. The ladies agreed instantly and the shoot started in the next couple of days. Yash mentioned that he spoke to all three of them separately and told them that he doesn’t want any antics on his set and they promised the shoot would be hassle-free, and so it was. The off-screen gossip concerning Amitabh and Rekha was at its peak at the time, yet the actors did what was best for the film, which Yash appreciated.

While Silsila was not wholly accepted at the time, the film has found a following in the years since.

For many years after Silsila, the duo didn’t work together. The 80s were a lean phase for YRF but they bounced back with Chandni, and by the 90s, Amitabh had moved into a different sphere with ABCL. His company was struggling financially and was eventually declared bankrupt. Amitabh met Yash and everything just fell into place.

At the India Today Unforgettables stage in 2016, Amitabh had said, “I had a huge financial failure in the corporation that I began. It went bankrupt and it bankrupted me.” He said that is when he weighed his options, “You sit back and think ‘What can I do?’ and I said, ‘You are an actor. Go back to acting so, that’s what I did. I went to Yash ji and said I am without a job. I need it.” And that’s how Mohabbatein happened. The film was produced by Yash Chopra, and directed by Aditya Chopra who was directing his second feature after the uber successful Dilwale Dulhania Le Jayenge. Mohabbatein, along with the television show Kaun Banega Crorepati, changed Amitabh Bachchan’s fate at a stage when he really needed it. 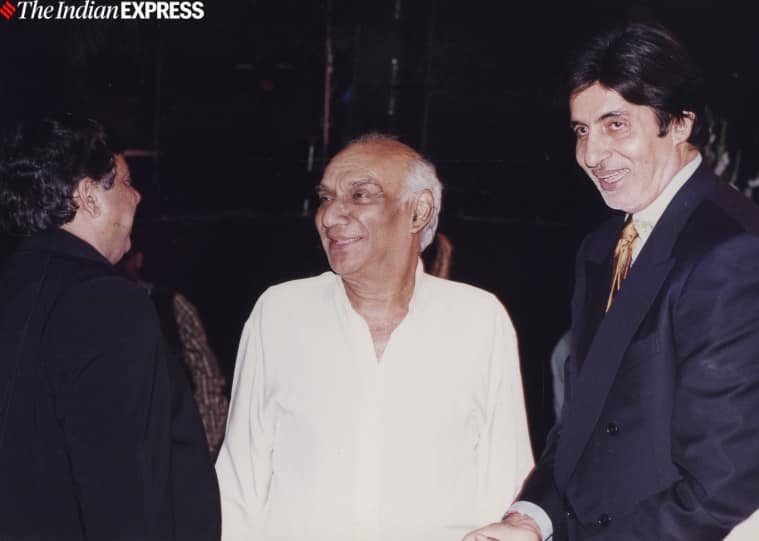 Yash Chopra produced Mohabbatein and the TV show Kaun Banega Crorepati changed Amitabh Bachchan’s fate. (Photo: Express Archives)
The famous director-actor duo last worked together in Veer-Zaara. Though Amitabh had a small role in the film, it was still a memorable one.

While both Yash Chopra and Amitabh Bachchan had successful films without each other, their collaborations in the 1970s pushed them on a path of success that eventually made them the icons they are today.