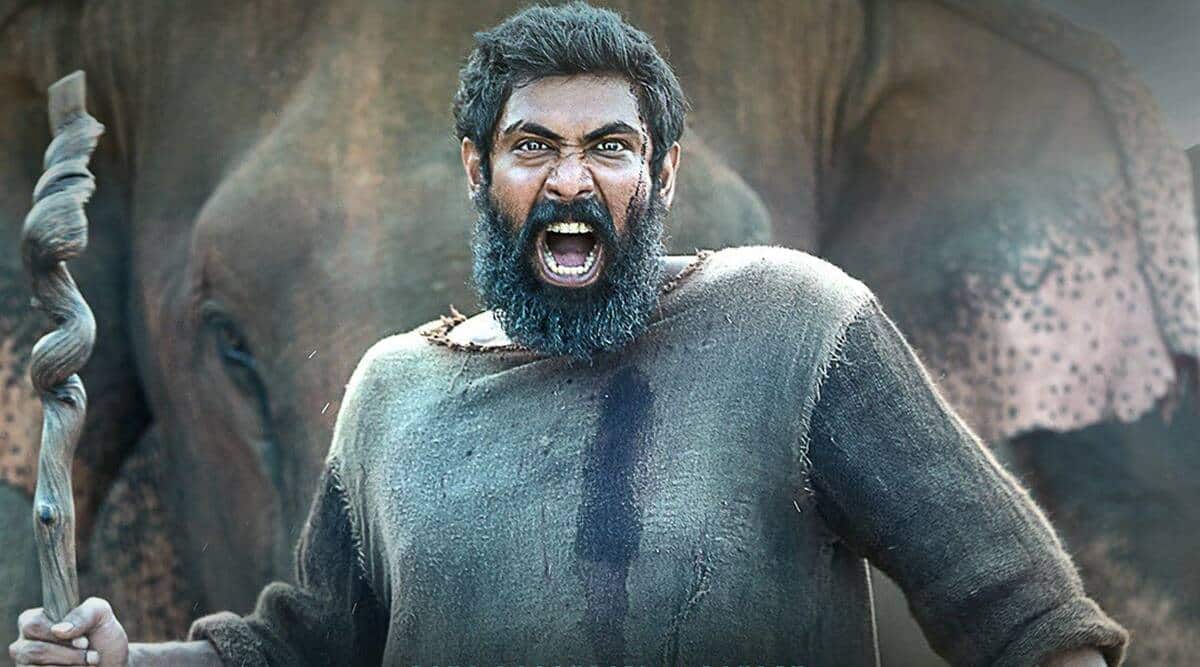 There are certain staples of a Prabhu Solomon film: lush green backdrop, a love story and unrequited passion. All of this feature in his recent film, Aranya, which has also released in Tamil as Kaadan. The film’s Hindi release, as Haathi Mere Saathi, has been put off due to the surge in COVID-19 cases. The film stars Rana Daggubati as Aranya, the man who holds the distinction of creating a forest singlehandedly.

Prabhu has modelled Aranya on environmental activist Jadav Payeng, and Rana’s look seems to be inspired by Yul Brynner’s character from The Ten Commandments. Aranya has dedicated his life to carry forward his family heritage of protecting the forest and the wildlife. He is the messiah who is determined to deliver the wild animals from the clutches of greedy, inconsiderate and irresponsible human civilisation. The premise is clear and we all have a fair idea as to what will happen at the end. There are no surprises.

We know Aranya will save the day by removing the wall that has blocked the traditional passage used by a herd of elephants for generations now. We expect it to happen with a generous dash of action – we want to see Aranya show off his Tarzan-esque skills as he hops from one tree to another, ride giant elephants, commands the respect of wild cats and teach a lesson to humans, who intrude and encroach upon what belongs to the wildlife. Instead, all we get is Aranya preaching the benefits of protecting the forests over and over again, perhaps hoping that the intruders would have a change of heart and leave them alone. In other words, the film is not cinematically satisfying.

And it is not the only flaw in this film. Prabhu muddles a good premise with a slew of sub-plots. There is an angle about the Naxalite movement, and how tribal people are systematically targeted, persecuted and displaced. Another subplot involves an unrequited romance between a woman Naxalite and a mahout. The relationship between Vishnu Vishal’s Singa, his elephant and his uncle feel like a copy of Kumki, which was also a Prabhu Solomon film.

The redeeming qualities of Aranya are the cinematography that soothingly captures the green expanse of the forest, Resul Pookutty’s sound design that makes the images of forests come alive, and, of course, Rana Daggubati’s acting. The energy and conviction with which he plays Aranya is inspiring and marks an important milestone in his evolution as an actor.

A Quiet Place Part 2 movie review: A sequel that is less taut and a Blunt that’s blunted