The letter from Bannon’s legal team goes on to say it may be up to the courts to decide whether he is ultimately forced to cooperate — essentially daring the House to sue or hold him in criminal contempt.

“As such, until these issues are resolved, we are unable to respond to your request for documents and testimony,” wrote the lawyer, Robert Costello.

The letter, sent to the committee Thursday, came after a lawyer for former President Donald Trump told subpoena targets, including Bannon, not to comply with congressional requests for testimony and documents that could concern privileged material. 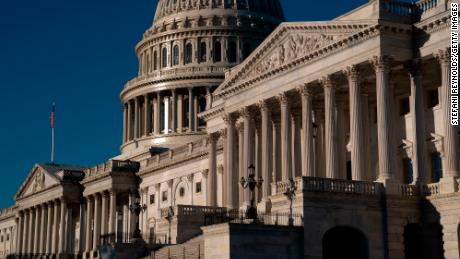 The claim that Bannon could be covered by the former President’s privilege is unusual because Bannon was not working for the federal government during the period surrounding the January 6 insurrection.

Privilege claims normally apply to close officials around the president and deliberations between government employees, and Bannon was fired from his role as a White House adviser in 2017.

Many legal experts say Bannon, as a private citizen, would have no standing to block a subpoena by claiming executive privilege.

“We will comply with the directions of the courts, when and if they rule on these claims of both executive and attorney client privileges,” according to the letter. “Since these privileges belong to President Trump and not to Mr. Bannon, until these issues are resolved, Mr. Bannon is legally unable to comply with your subpoena requests for documents and testimony.”

Bannon and other Trump associates were sent subpoenas by the House select committee late last month for private depositions and records.

All document requests were due Thursday and the former Trump staffers were asked to appear before the committee next week.

Patel told CNN in a statement Friday that “I can confirm that I have responded to the subpoena in a timely manner.”

“Beyond that, I will not comment on my confidential dealings with the Committee. But I can assure you that I will continue to tell the truth and remain focused on Fight With Kash to help any American who has been censored and misrepresented online,” he continued.

It is not clear if former deputy chief of staff Dan Scavino has responded. 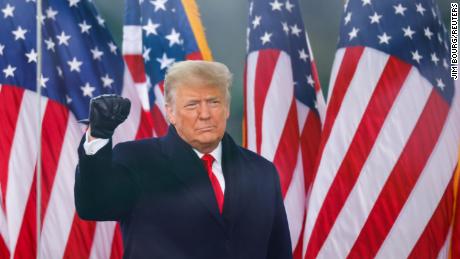 All four were also sent letters from Trump’s attorney this week advising them he intended to defend what he viewed as an infringement of executive privilege.

In the letter viewed by CNN, an attorney for Trump advised them to “where appropriate, invoke any immunities and privileges” and not provide documents or testimony.

A legal fight could take quite a bit of time, and Democrats could be facing a deadline of the 2022 midterm elections.

“While Mr. Meadows and Mr. Patel are, so far, engaging with the Select Committee, Mr. Bannon has indicated that he will try to hide behind vague references to privileges of the former President. The Select Committee fully expects all of these witnesses to comply with our demands for both documents and deposition testimony,” Thompson and Cheney said.

“Though the Select Committee welcomes good-faith engagement with witnesses seeking to cooperate with our investigation, we will not allow any witness to defy a lawful subpoena or attempt to run out the clock, and we will swiftly consider advancing a criminal contempt of Congress referral,” they said.

Bannon, who was Trump’s former White House chief strategist, spoke with Trump in December, urging him to focus on January 6 — the date of the official certification on the Electoral College vote by Congress, according to authors Bob Woodward and Robert Costa in their book “Peril.” “‘We’re going to bury Biden on January 6th,'” Bannon is quoted as saying. 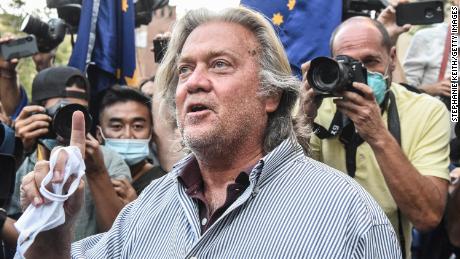 Woodward and Costa also reported that Trump called Bannon following his contentious January 5 meeting with then-Vice President Mike Pence, in which the vice president said he does not have the authority to block certification of Joe Biden’s win.
In its letter to Bannon, the select committee cited communications he had with Trump in December “and potentially other occasions” in which Bannon reportedly urged Trump “to plan for and focus his efforts on January 6.”

To Meadows, the committee wrote that investigation has revealed “credible evidence of your involvement in events within the scope of the Select Committee’s inquiry,” citing his close proximity to Trump on the day of the attack. The committee also wants to learn more about Meadows’ efforts to aid overturning the 2020 election results.

When the subpoenas were first issued, House Select Chairman Bennie Thompson, a Mississippi Democrat, had told CNN’s Manu Raju that criminal contempt is “on the table” if the individuals the committee has sent subpoenas to do not cooperate.

This story has been updated with additional details Friday.