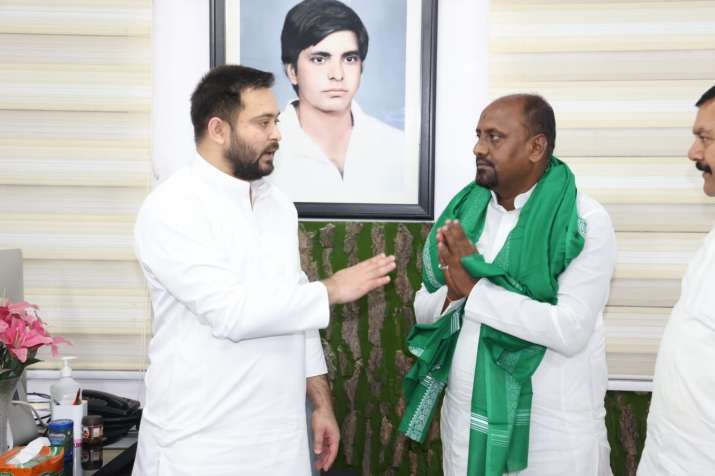 Rashtriya Janata Dal (RJD) leader Tej Pratap Yadav on Sunday got beaten up in his very first move, as his supported independent candidate Sanjay Kumar announced to withdraw his nomination from Munger’s Tarapur seat. Sanjay made the move after meeting Tejashwi. Sanjay said- I met Tej Pratap ji not to take the stigma of my family and society, but now I have decided to withdraw my nomination after meeting Tejashwi ji, the party has to be strengthened. There was some misunderstanding which is now cleared.

Photos of Sanjay Yadav’s meeting with Tejashwi Yadav were also released by RJD and it was informed that Sanjay Yadav has decided to withdraw his nomination. Infuriated by this move of the Tejashwi Camp, Tej Pratap vented out on Twitter.

Tej Pratap in his tweet as before once again attacked Tejashwi’s advisor Sanjay Yadav. Likewise, many times Tej Pratap has expressed his anger towards his brother Tejashwi through Sanjay Yadav.

On October 11, Tej Pratap will take out a Janshakti Yatra from Gandhi Maidan barefoot in Patna to JP’s residence at Kadamkuan and show his strength.