In this weekly column, we revisit gems from the golden years of Hindi cinema. This week, we revisit Bimal Roy’s 1955 film Devdas.

For generations, we have often heard the phrase ‘love trumps everything’ but when it comes to tragic love stories, it is often pride that ruins everything. And it is this pride that is the central conflict of Bimal Roy’s 1955 film Devdas starring Dilip Kumar, Suchitra Sen and Vyjayanthimala.

A large part of the present generation associates Devdas with Sanjay Leela Bhansali’s mega epic that starred Shah Rukh Khan in the titular role but for anyone who came before that, this was the role that catapulted legendary actor Dilip Kumar into superstar status. This was the film that earned him the title of ‘Tragedy King’ and watching his interpretation of the character is so heart-wrenching that one can’t help but tear up.

Set in the pre-independence era in Bengal, Roy’s film opens with Devdas and Parvati’s childhood. He is the spoiled brat of the rich zamindar family and she is the innocent girl who follows him like his protector. His hold over her is so overpowering that he does not hesitate in hitting her, just because she wouldn’t follow his instructions. Parvati, too, does not let him walk all over her and knows how to level the playing field, even when it is for trivial matters. They are inseparable and have the kind of love for each other that does not really need words to express itself. So, when Devdas uses harsh words to discredit Paro’s feelings, it cuts deep, and this wound destroys their relationship forever. 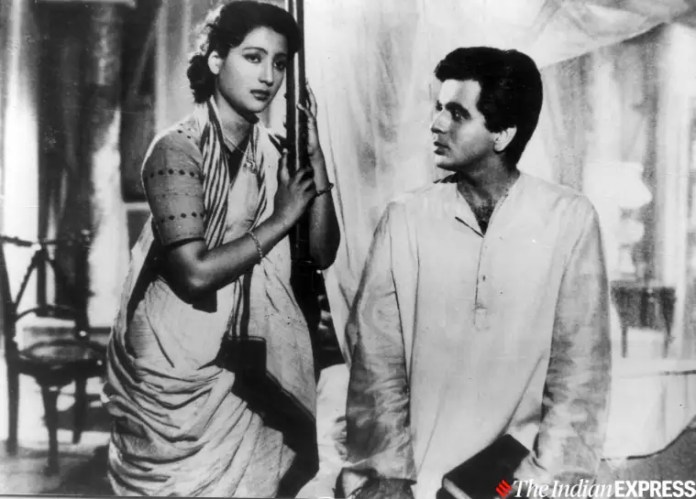 Paro shows courage when it comes to claiming her love for Devdas but he does not reciprocate the gesture. (Photo: Express Archives)

Watching the film today, their love feels toxic. It doesn’t allow them to grow in life and even the presence of its mere memory is enough to decay their souls. Devdas’ alcoholism, which has since been romanticised, comes into effect as he goes down into the whirlpool of despair. His loneliness, after he leaves his family and discards Paro, makes him numb and he holds on to that feeling of numbness by indulging in perpetual drinking. Late actor Dilip Kumar was troubled by the thought that Devdas could probably misdirect the youth into taking up alcohol if they ever failed in love. In his autobiography, Dilip Kumar: The Substance and the Shadow, he wrote, “I won’t go into details but it troubled me initially to experiment with the rendering of a character who carried a heavy measure of pain and despondency under the skin and could mislead the more vulnerable youth to believe that alcoholism offered the best escape from the pain of losing in love.”

Dilip Kumar takes that pain of lost love and pours it out as he opens up about his tragic life to Vyjayanthimala’s Chandramukhi, who falls in love with him as soon as she meets him but does not expect anything in return. In a significant scene in the film, Devdas tells the courtesan Chandramukhi that a woman’s heart is extremely restless, she can never make up her mind, which in turn deeply reflects on the fickle-mindedness of his own character. When Chandramukhi says that men like to announce their love from the rooftops, but don’t really know how to love a woman, Devdas does not get it. Chandramukhi says that even if a man has destroyed his own love story, he will end up cursing the woman for breaking his heart. While the generalisations of gender-related stereotypes are extremely outdated, these conversations work within the confines of this story. They also work because of the impeccable hold that Dilip Kumar and Vyjayanthimala have on their characters as they recite those dialogues that echo in your head for days. The film’s dialogues by Rajinder Singh Bedi have achieved cult status over the years. 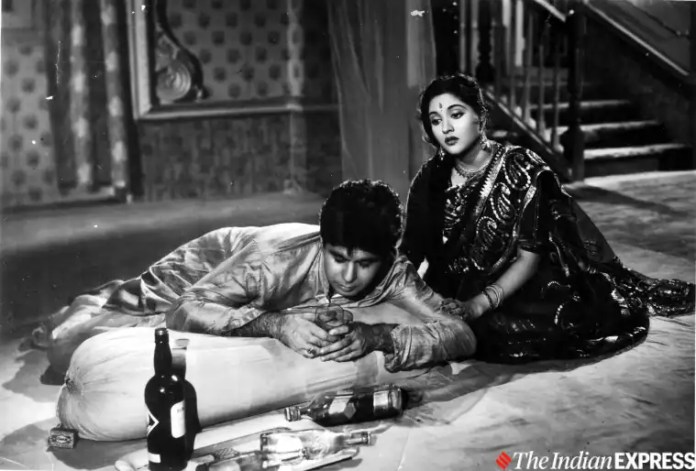 While Paro and Devdas are both stubborn, it is only Chandramukhi who believes in the power of sacrifice. (Photo: Express Archives)

Parvati, played by Suchitra Sen, loves Devdas immensely and unlike the women of those times, she isn’t afraid of society to claim her love. She puts herself out there and expects similar courage from Devdas, who turns out to be a coward in love. When he pushes her away, Parvati’s pride takes precedence and she decides to move on but her love for Devdas runs deep. Sen is exemplary in the scene when she tells off Devdas near the river bank after he has toyed enough with her feelings.

Devdas is based on Sharat Chandra Chattopadhyay’s novel but the film was adapted for the screen by Nabendhu Ghosh. In many old interviews, Ghosh had shared that the film’s team wanted Meena Kumari as Paro and Nargis as Chandramukhi but after many casting changes, they landed on Sen and Vyjayanthimala for the two roles. Sen was a renowned Bengali actor at the time and this marked her Hindi film debut.

Bimal Roy’s Devdas focuses on the three primary characters of the story. Their conflicts, their love and their tragedy is all a result of their own actions, which gives them the ownership of their story, unlike the Bhansali version where a lot of conflicts were introduced via secondary characters. Roy allows his characters to take centre stage and drive the narrative which gets heavier by the minute. Their long conversations about heartbreak, love and life push the audience into a world where they can foresee Devdas’ tragic end, but are still unprepared for it when it happens. 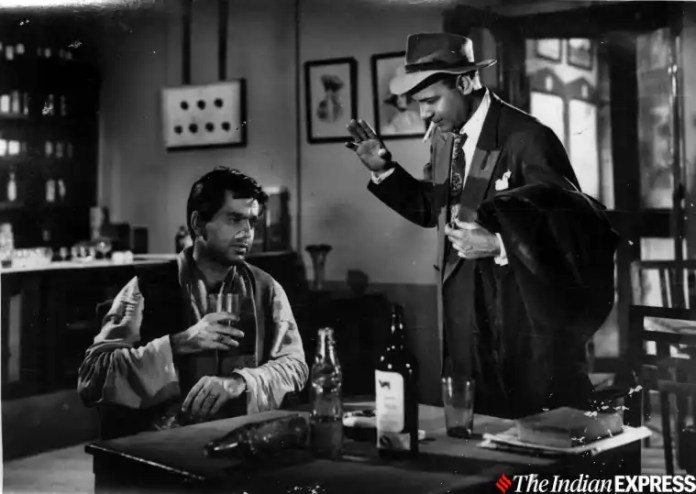 Devdas is a gullible man who ends up taking rash decisions that ultimately harm him. (Photo: Express Archives)

Over the years, Devdas has been re-imagined on various occasions by many filmmakers and while each maker has their own spin on the tale, Roy’s version shines because of its dialogues and performance by Dilip Kumar. It is the timeless quality of Chattopadhyay’s story that has kept Devdas relevant even in 2021 and while the protagonist here is not a hero in any way, he is still a cautionary tale for jolted lovers.

Devdas is streaming on Prime Video and ShemarooMe.

Review: ‘Woodstock 99’ draws a line from the ugliness of that festival to the present