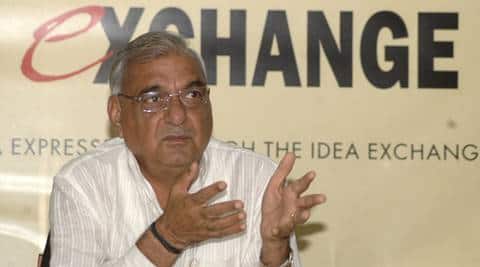 CBI is examining the request of Haryana Government to probe the alleged irregularities in the re-allotment of a plot to Associated Journals Limited (AJL), which runs National Herald, in Panchkula in 2005. CBI sources said they have received the reference from the Haryana Government to probe the land allotment to AJL on which legal opinion is being taken.

After taking the opinion, CBI can either register a Preliminary Enquiry or an FIR or refer it back in case some legal discrepancy is found in the reference, the sources said. Haryana State Vigilance Bureau had registered a case of cheating and corruption against former chief minister Bhupinder Singh Hooda and four HUDA officials for allegedly realloting a plot to AJL in 2005.

The case under various IPC sections, including criminal breach of trust by a public servant, cheating, criminal conspiracy and provisions of the Prevention of Corruption Act was registered against Hooda, the then Haryana Urban Development Authority chairman, a post held by him ex-officio as the CM, and four of its top officials then, on May 5, 2016. The plot had been initially allotted to AJL, the owner of National Herald newspaper, in 1982. After the expiry of the lease period in 1996, the then Haryana Vikas Party government led by Bansi Lal resumed its possession.

It was reallotted to AJL after the Congress leader came to power in 2005. The vigilance bureau had alleged that the act by the then HUDA chairman and the officials had caused a huge financial loss to the public sector undertaking as the plot should have been sold through open auction instead of being allotted again to AJL.

Hooda had then alleged it was political vendetta.