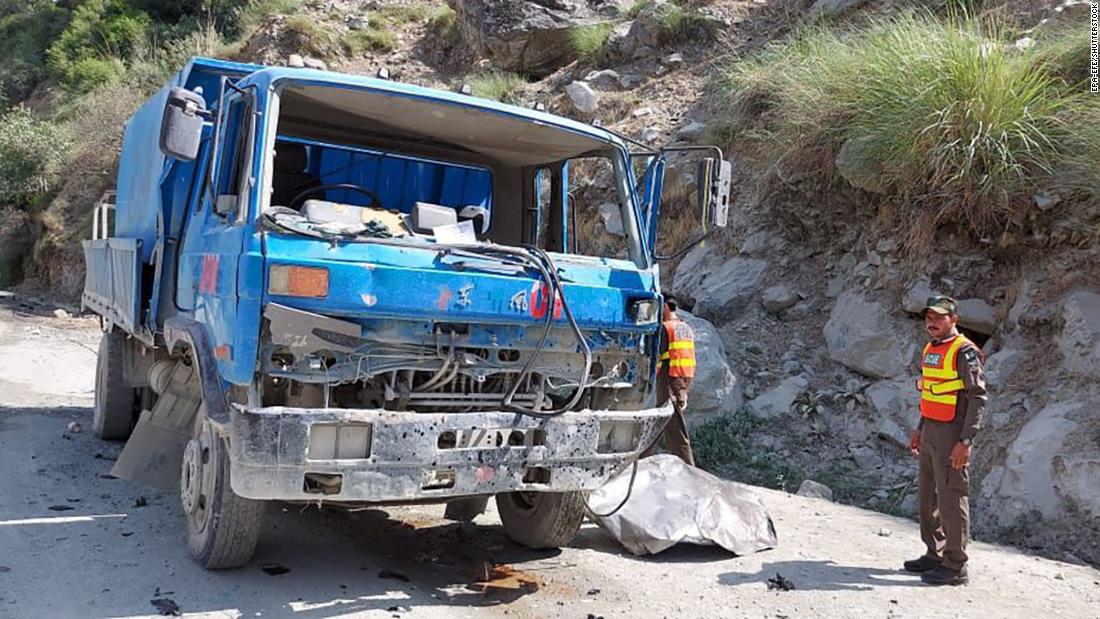 
Arif Khan, deputy commissioner of police for the Upper Kohistan region of Khyber Pakhtunkhwa province, told CNN that of the 10 dead, six were Chinese citizens. The remaining 31 injured were all Chinese citizens, he added.

It is unclear whether the blast was caused by an improvised explosive device (IED) or engine failure, Khan said.

Helicopters were flying to the region to bring the injured to a major city, Khan added. The Chinese workers were heading to the site of Dasu Dam, a large hydroelectric gravity dam currently under construction on the Indus River.