Livdose
Home News India COVID-19: Every rule that has changed as restrictions are eased – from... 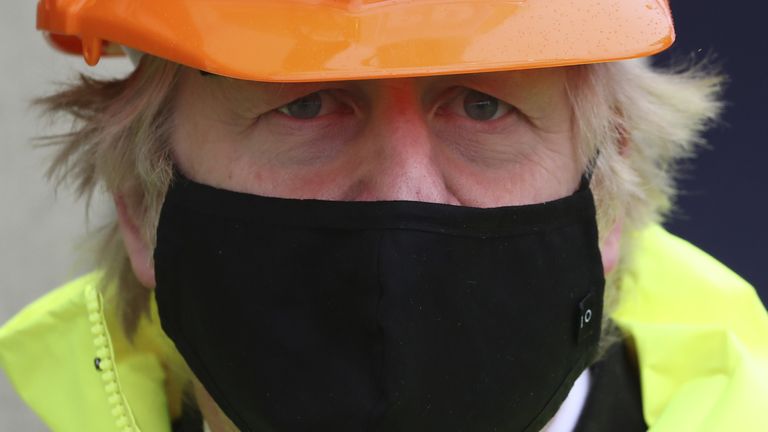 
England’s coronavirus restrictions have been lifted, almost a month after the easing was postponed.

Prime Minister Boris Johnson told a Downing Street news conference earlier this month that he hoped the changes will be “irreversible”, but “very exceptional circumstances” such as a new variant of coronavirus could mean the reintroduction of some measures.

He warned that “this pandemic isn’t over” and that “we cannot simply revert instantly to life as it was before COVID“.

But most of the restrictions that have governed our lives for more than a year no longer apply.

So what has changed?

Masks are now voluntary in all settings, including shops, hospitality and public transport. People will be told to exercise their personal judgement.

While the legal requirement to cover your nose and mouth will be lifted, the government is still advising people to wear them in crowded spaces such as on buses, trains and trams.

London Mayor Sadiq Khan has said Transport for London will continue to enforce the wearing of face masks on services in the capital.

England’s chief medical officer Professor Chris Whitty has said he will continue to wear a mask indoors, and in some outdoor settings where social distancing isn’t possible.

He also said he would wear a mask if required to by “any competent authority” and “as a point of common courtesy” to others who may feel uncomfortable.

The PM himself told a Downing Street news briefing: “Guidance will suggest where you might choose to do so – especially when cases are rising and where you come into contact with people you don’t usually meet in enclosed spaces, such as obviously crowded public transport.”

Mayor of Greater Manchester Andy Burnham tweeted that dropping masks risks “causing real problems for some people who are dependent on it”.

But industry bodies have confirmed that train and bus operators will no longer enforce mandatory face coverings, leaving only airlines requiring them for travel.

In Scotland, Nicola Sturgeon has said face masks will still be a legal requirement after 19 July, while Wales First Minister Mark Drakeford has said they will remain “as long as coronavirus poses a threat to public health”.

Northern Ireland has not yet made an announcement, but they are currently still a legal requirement there.

All businesses that had been closed – including nightclubs – will be able to reopen, with no limits on capacity.

Mass events, such as music festivals, can resume. Singing in church will be allowed, and there will be no limit on the number of people at weddings and funerals.

Customers in pubs will be able to walk to the bar and be served there.

There will be no requirement to scan a QR code when entering a restaurant, gym, or any other venue, nor will businesses be required to collect customers’ contact tracing details, although they may choose to do so if they wish.

But companies who organise large-scale events such as festivals are “encouraged” to use so-called COVID passports to record proof of a negative test result or full vaccination before entry.

These will be voluntary at first, but could become a legal requirement as time goes on, the PM said.

Supporting Test and Trace is a “good thing”, Downing Street has said, and the NHS app will still be used, although it will be made more “proportionate” under the new changes.

The “one-metre plus” rule on social distancing will be lifted except in specific circumstances such as at a border, where people from red and amber list countries will still be stopped from mingling with each other.

Regarding entertaining at home, house parties will no longer be outlawed.

A requirement to isolate after testing positive or after coming into contact with an infected person remains in place for those who are not fully vaccinated.

But as previously announced by Health Secretary Sajid Javid, those who are double-jabbed – as well as under 18s in England – will no longer have to isolate if they have come into close contact with COVID from 16 August.

The only caveat is that individuals must allow two weeks to pass after having their second jab before they are exempt.

Nevertheless, if someone who has received two jabs tests positive for coronavirus they will still have to isolate for the allotted 10-day period.

The limit on visitor numbers has been dropped.

But there will be a limit on the number of visits per day, and infection control measures will remain in place.

The requirement for people to work from home if possible has been dropped.

Asked if there would be a legal right not to go into work if someone is concerned about their health, the prime minister’s spokesman said the government was not introducing any new employment rights.

The school bubble system will be scrapped in England from 16 August.

Education Secretary Gavin Williamson said children who are contacted by Track and Trace as being a contact of someone who has tested positive will be advised to take a PCR test – but will only have to isolate if they are positive.

From the autumn term, teachers who are fully vaccinated can remain in school if a close contact tests positive.

Mr Johnson said that there is “no easy answer and obvious date” for easing restrictions, but the school holidays and warmer weather act as a “natural firebreak”.

UK residents who are fully vaccinated (14 days since their final dose) no longer have to isolate when returning to England from green or amber list countries.

They still have to take a test three days before returning and take a PCR test on day two – but not on day eight – as previously required.

There are different rules for travellers coming from France.

Children under 18 and people who are taking part in COVID clinical trials no longer have to isolate or take a day eight test.

Travellers who are not fully vaccinated must still take the pre-departure test, quarantine for 10 days on returning to England and take day two and day eight tests.

The government has lifted the advice to not travel to amber list countries, opening up most European holiday destinations and the US for leisure and business travel.

Rules for travel to red list countries will remain the same, requiring returning UK travellers to quarantine for 10 days in a government-sanctioned hotel.

The rules for travel are different in Scotland, Wales and Northern Ireland.