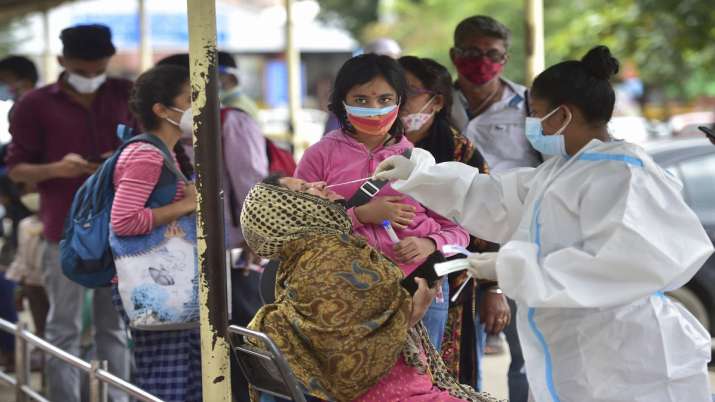 Mumbai’s R-value, which reflects how rapidly the COVID-19 pandemic is spreading, increased to over 1 in September end, according to a study. The Reproduction number or R refers to how many people an infected person infects on an average. In other words, it tells how ‘efficiently’ a virus is spreading.

An R-value smaller than 1 means the disease is spreading slowly. Conversely, if R is greater than 1, the number of infected people is increasing in each round – technically, this is what is called the epidemic phase.

The bigger the number than 1, the faster the rate of spreading of the disease in the population.

However, it again rose to 1.03 between September 28 and 30, as per the R-value calculated by researchers of the Chennai-based Institute of Mathematical Sciences.

The increase in the R-value of Mumbai comes at a time when the COVID-19 figures here have seen an upward trend, amid the festival season.

The city logged 629 new cases on October 6, the highest after July 14 when it had recorded 635 cases.

From October 7, the first day of the nine-day Navratri festival, the Maharashtra government allowed reopening of religious places in the state.

While the R-value of Mumbai climbed over 1 last month-end, it is better placed than Kolkata and Bengaluru.

The R-value of Kolkata has been over 1 since August and was 1.06 between September 29 and October 4.

The R-value of Bengaluru remained close to 1 since last month and was 1.05 between September 28 and October 1, as per the study.

The R-value of Delhi, Chennai and Pune remains below 1.

“If you look at these cities, you see that things aren’t that rosy. At least three of the metros (Mumbai, Kolkata or Bengaluru) have R greater than 1 or very close to 1,” said Sitabhra Sinha, who is leading the research at the Chennai-based institute.

“Things can switch very quickly from good to bad in smaller regions, because of the higher degree of variability when you are dealing with smaller populations, so it is difficult yet to say whether we are finally seeing the end-game (of the pandemic),” Sinha said.