New Delhi: The Matrix franchise has come to life after a long hiatus. And, there’s something extra special in its latest instalment. Priyanka Chopra has bagged a vital role in The Matrix Resurrections and she is nailing it with all her might. And, Priyanka’s husband and American singer Nick Jonas is all in praise for her. The singer put up the poster of The Matrix Resurrections on Instagram Stories and wrote, “Congratulations to my amazing wife Priyanka Chopra and the entire cast of The Matrix movie. What an incredible movie.” Priyanka is playing the role of Sati, a program residing in the Matrix film. 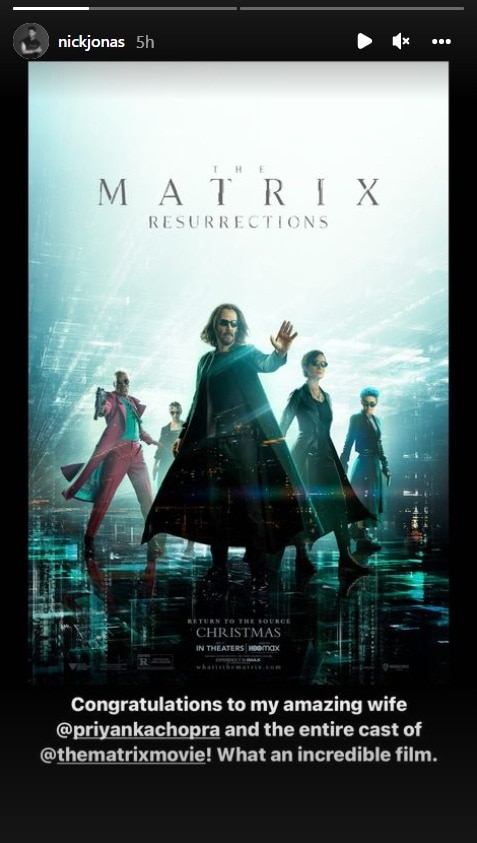 Nick Jonas also posted a still shot from The Matrix Resurrections where we see Priyanka Chopra in her role. He captioned it, “Proud of you, Priyanka Chopra.” 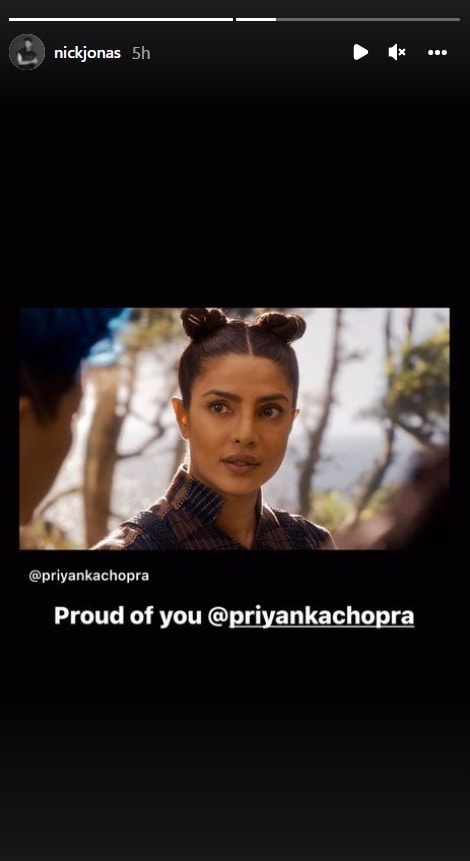 Priyanka Chopra and Nick Jonas were recently all over the headlines after the actress dropped her husband’s surname on Instagram. Slamming against all rumours of a split in their marriage, Priyanka said to ETimes, “I wanted the username to match my Twitter, I guess.”

Take a look at Priyanka Chopra’s “crew” who accompanied her to the premiere of The Matrix Resurrections. She posted a bunch of photos featuring herself, her mother, Nick Jonas’ parents, and friends. Priyanka captioned the post, “I am so thankful for my family. Thank you all for being a part of this amazing moment with me. My team without whom I would never be able to do any of it. Grateful.” She also left a “miss you” note for Nick Jonas. Aww, cute.

Priyanka Chopra unravelled her charm during the promotion and the premiere of The Matrix Resurrections. She dressed in her fashionable best and stunned us with her aura even before the film hit the theatres. She sent forth a trail of blazing style statements and bold looks that raised our expectations about her power-packed performance in the film.

Recently, Priyanka Chopra also wrapped up the shoot for Citadel.