Livdose
Home Entertainment Sports Hero Indian Open 2019: Julian Suri shows why he is such a... 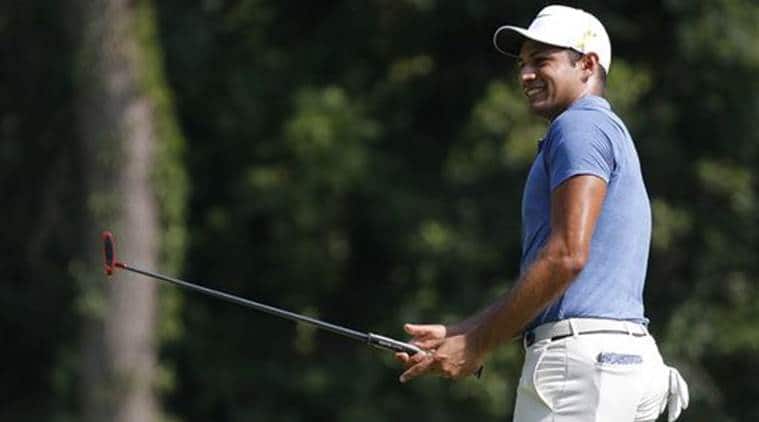 Julian Suri watches his putt during the third round of the PGA Championship golf tournament. (Source: AP Photo/Brynn Anderson/File)

Somewhere deep down I was not ready to give up despite being five-over with two holes to go in the second round of the Hero Indian Open 2019. Missing the cut last year was one of the most disappointing things I had to face last year. The last two days I have been missing so many putts and just not been able to get my game together. I know I can play decently on this course, but I was making mental errors and I was down in the dumps.

I had nearly everything on my card – three birdies, four bogeys and one double and eight pars when I came to the eighth, my penultimate hole. The driver off the tee on the Par-5 eighth looked good and then I hit a rescue from there. It kept going and almost went in for an albatross – something I have never even thought of at an Indian Open. It was inside five-six feet and I got an eagle. Suddenly was three-over and I felt two-over could be the cut line.

It gave me an added incentive to play for a birdie on ninth. I had dropped a shot on the hole on the first day, so maybe the hole owed me a shot. And the birdie happened. At two-over I just about made the weekend rounds and that was a relief.

Julian Suri, who has risen so well on the European Tour in the last couple of seasons, showed why he is such a solid player. He had a surgery late last year and in Malaysia I learnt that he was coming back after more than four months. He had a decent result in 20s in Kuala Lumpur and here he is leading with 67-67. That is amazing.

Scott Hend, with whom I have played so much is also in great form. He is coming off a fine win in Malaysia and he is right there challenging this week, too. Callum Shinkwin shot 65, which is the best round this week, and with his 72 in the first round, he should be watched over the weekend.

George Coetzee and Robert Karlsson are tied second at eight-under and two behind Suri, while Scott and Callum are tied fourth at seven-under. Shubhankar Sharma and Rashid Khan are the best Indians, but I am sure all of us who have made the cut will do out best to go up the leaderboard on Saturday and Sunday.

As for myself, I have won the Hero Indian Open twice, and been a runner-up for four times, but today was also satisfying in the sense that I had to come back from the brink to make the cut. It gives me a chance to redeem myself.

Two decent rounds on the weekend can help me get back my confidence on a course, where I have had such a great win in 2017. However, a few of my friends, like Anirban Lahiri missed the cut. I admire him for the way he flew in from the US for the event and despite being tired gave it all. Alas, it was not his week.