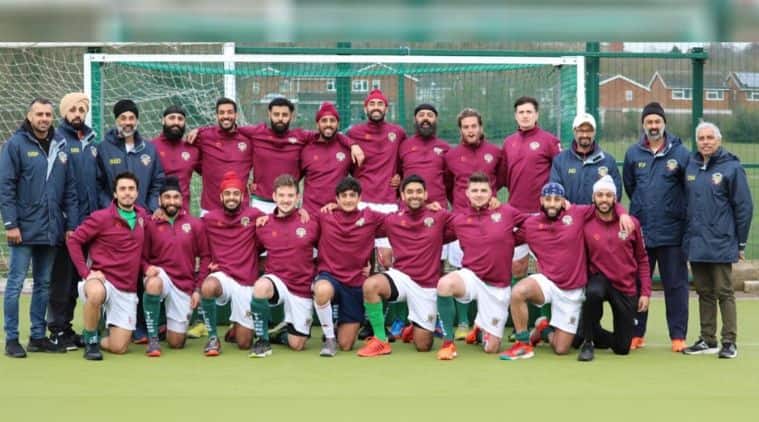 In the summer of 1966, a dozen or so students of Indian, Pakistani and Kenyan origins from the deprived areas of Birmingham faced a dilemma.

The teenaged hockey players had finished their schooling but wanted to continue playing the sport. So their teacher, an Englishman named Malcolm Challoner, reached out to the top clubs in the region. For days, there was no response. Challoner got the hint and he, the story goes, told his wards: “Nobody really wants you. If you want to play hockey, we would have to form a club.”

Thus, in June that year, Barford Tigers was born.

Last week, days before its 54th birthday, the club posted a stark black image on its social media handles with a message ‘Blackout Tuesday’, in solidarity with the ongoing protests against racism in the wake of George Floyd’s death in the United States.

For Barford Tigers it was natural to be drawn to this cause.

Since 1966, this self-funded club – largely comprising players who have Indian, Pakistani and Kenyan heritage – has been fighting discrimination and pushing for higher representation of minorities in British hockey.

Super grateful being voted Ladies 1st team captain @Barford_Tigers for the 20/21 season🐯 Cannot wait to get back playing again! 🏃🏾‍♀️🏑

“It’s a struggle, there’s no doubt about it,” says Barford vice-president Sukhdev Gill, who is also an advisory board member of Sporting Equals, an organisation that promotes participation of Black, Asian and Minority Ethnic (BAME) communities in sport. “But it’s more than colour. It’s the hard-wired mentality with respect to British-Asians that has been festered for decades.”

Since the protests broke out, the issue of lack of diversity in the England and Great Britain hockey teams has been highlighted by several players. The picture of England under-21 player Darcy Bourne – face partially covered, looking into the camera and holding up a board that reads ‘Why is ending racism a debate?’ – went viral after it was shared by the son of Martin Luther King.

Later, The Telegraph reported that just four BAME hockey players have represented Great Britain at a senior level. “There are a limited number of black role models in hockey. As a young person, without meaning to, you do look up to people who look similar to you. In hockey I didn’t have that,” Bourne was quoted as saying.

For British-Asians, there is no dearth of role models. Kulbir Bhaura, born in Jalandhar, and Imran Sherwani, with Pakistani ancestry, played influential roles in Great Britain winning the men’s gold medal at the 1988 Olympics. At the 1996 Games, Great Britain had Indian-origin players Soma Singh and Kalbir Takher in their team.

@Barford_Tigers introduced annual “Parent and child hockey fun match”. The difference was you had to bring a Non hockey playing parent / guardian / child to take part i.e. non member. This led some parents / children picking up a stick for the first time in their life! https://t.co/yzjxWYG2vA

Since the turn of the century, however, no British-Asian player has made it so far. Gill, 68, says it has to do more with perception and lack of opportunities, than the players not having the requisite skills.

It’s been like that for decades. After Barford came into existence, Gill says Challoner converted an ambulance into a team bus and even got a £10 donation from a Commonwealth officer for t-shirts and balls. But for an upstart club with Asian and East African players who studied in inner-city schools, it was a struggle just to convince other teams to play them.

“The boys had aspirations to play against the stronger teams in the Greater Birmingham area. But the established clubs would say, ‘naah, why would we play a bunch of Asians working in factories’,” Gill, who was born in Sansarpur, Punjab, and moved to Birmingham in 1964, says.

It was only after the club’s junior team won a reputed regional tournament in 1971 that others began to take them seriously. Since then, the club has grown and become a sort of home for players from Asian and East African diasporas. From nothing, Barford reached as far as playing in England’s premier league and managed a best finish of sixth (their London-based rivals Indian Gymkhana are the only other diaspora side to have a Premier Division past).

Yet, Gill believes a generation of talented players has been lost because domestic coaches have turned their backs on British-Asians. “Like I said, it’s more than an issue of colour. It’s about perception and expectation,” says Gill, a retired scientific officer in Britain’s Ministry of Defence. “There are underlying assumptions about Indians and British-Asians which affect the players.”

Gill, however, has not lost hope. From shuttling between venues in an ambulance, Barford players have moved on and use their own cars on match days. Finding opponents isn’t tough anymore and the club receives financial support from British-Asian establishments in Birmingham.

@Barford_Tigers team, coaching & back room staff, after a battling performance against @Nailers1908 pic.twitter.com/94jGy2H47L

Despite the lack of sponsors, it has become a magnet for hockey lovers across the Asian diaspora in Britain. The men’s team is a mix of players with Indian, Pakistani and Kenyan backgrounds along with some indigenous players, Gill says, while the women’s side comprises Indian, African, Chinese, mixed-race and white players.

He hopes to see similar diversity in the national teams. “My only thing is, don’t pre-judge people. Give them a fair chance. Right now, the difficulty is people are not ready to have open discussions about things that are unfair,” he says. “But I am optimistic. We will engage as much as we can.”