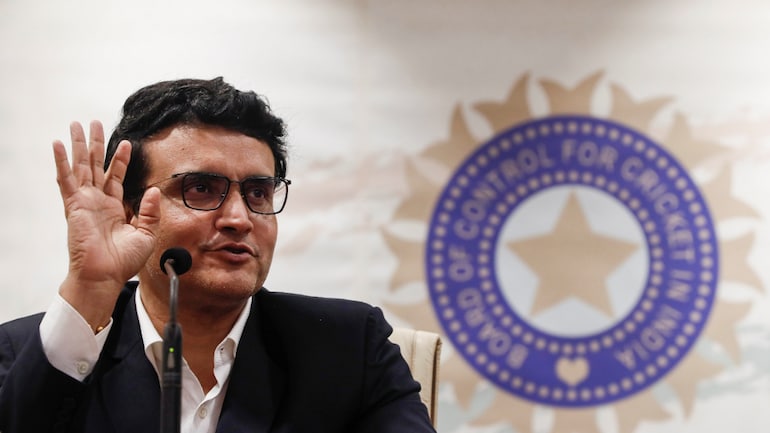 BCCI president Sourav Ganguly has defended Indian cricketers roaming around in the UK during their break without wearing masks. The former Indian captain said it’s physically impossible to wear a mask all the time.

BCCI president Sourav Ganguly has defended Indian players who were spotted without wearing masks at the Wimbledon and Euros during their 20-day break post the World Test Championship (WTC) final loss against New Zealand.

“We have seen Euro Championship and Wimbledon in England. Rules have changed (with crowd being allowed inside venues). They were on leave and it’s physically impossible to wear mask all the time,” Ganguly was quoted as saying by News18.

India’s wicketkeeper-batsman Rishabh Pant has tested positive ahead of India’s five-match Test series against England, staring from August 4 in Nottingham. Pant was tested positive on July 8 and nearing towards completion of his self-quarantine period.

Pant is asymptomatic and currently undergoing self-isolation at the place where he reported positive.

One of the support staff, Dayanand Garani has also tested Covid-19 positive on July 14. The BCCI Medical Team have identified B. Arun, Bowling Coach, Wriddhiman Saha and Abhimanyu Easwaran as close contacts of Garani, who was in the team hotel when he tested positive following RT-PCR tests on July 14. The four personnel will undergo 10-day isolation and will remain in their respective rooms in the team hotel in London.

On India’s five-match Test series, Ganguly said: “It can’t be predicted. It’s a long series, so there will be chances for both the teams to equalise.”

“Just one single match can’t decide whether they are bad or good,” said Ganguly.

Team India will begin their preparations for the upcoming five-match Test series against England with a three-day warm-up game at Emirates Riverside against County XI starting on Tuesday.