Kareena Kapoor is ‘most beautiful’ as she parties with Karisma Kapoor, Karan Johar after returning from Maldives

By Team Livdose
September 28, 2021
0
0
Share
Facebook
Twitter
Pinterest
WhatsApp
Linkedin
Telegram
Digg
Naver
Kareena Kapoor Khan, who came back from the Maldives after her birthday vacation, was seen partying on Monday evening with sister Karisma Kapoor and “Friends Forever” Karan Johar, Manish Malhotra and Amrita Arora. Designer Manish Malhotra gave a sneak-peek of his time with Bebo via his Instagram profile. Sharing the photos, Manish wrote, “It’s a true blue selfie time tonight.” He tagged Kareena as the “most beautiful” and posed with Karisma, Karan and others for perfect selfies. Manish’s Instagram post received love from Kareena and Karisma fans. Sunny Singh, Anuj Singh Duhan, Rohit Reddy and others also posted emojis in the comment section.

Karisma also shared a picture from the party on her Instagram account. “Evenings like these,” she wrote. Amrita Arora posted a stunning picture of herself posing for the camera in an all-white dress. She thanked Manish for the picture, which sure leaves her fans wanting for more. 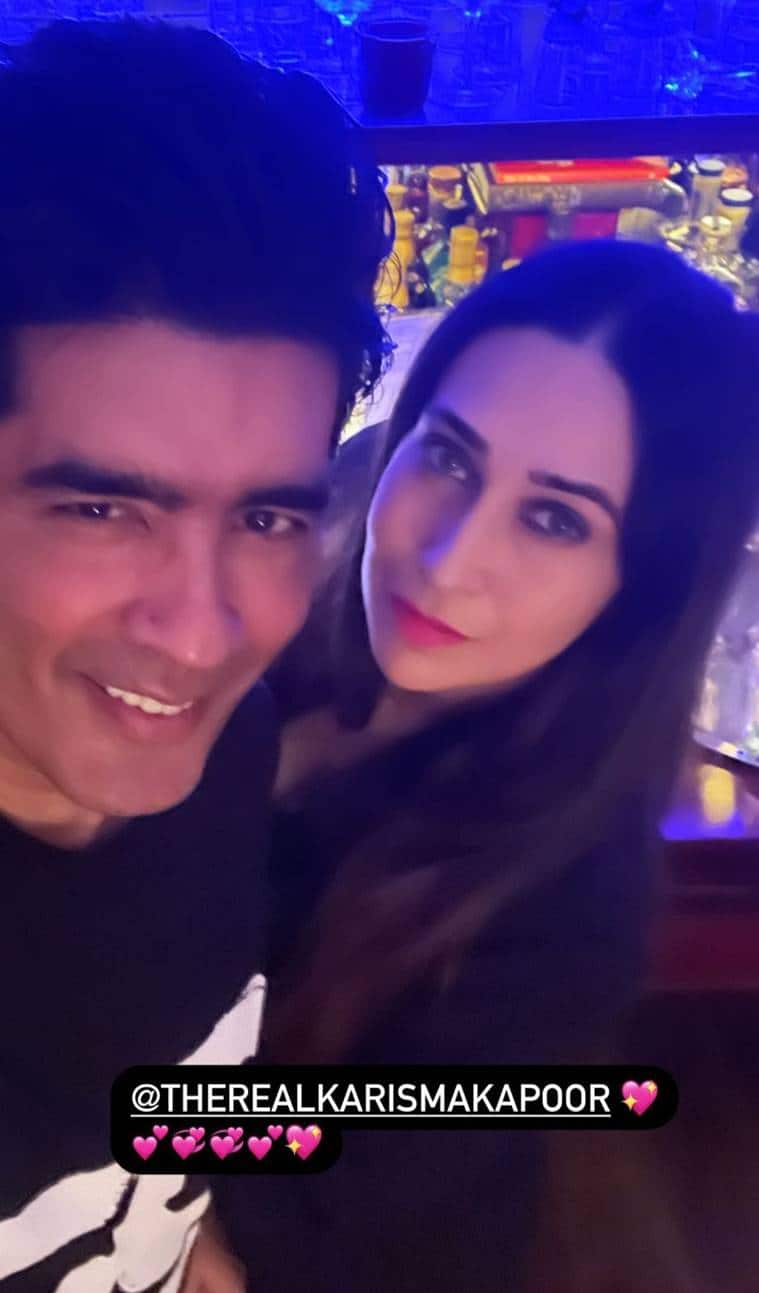 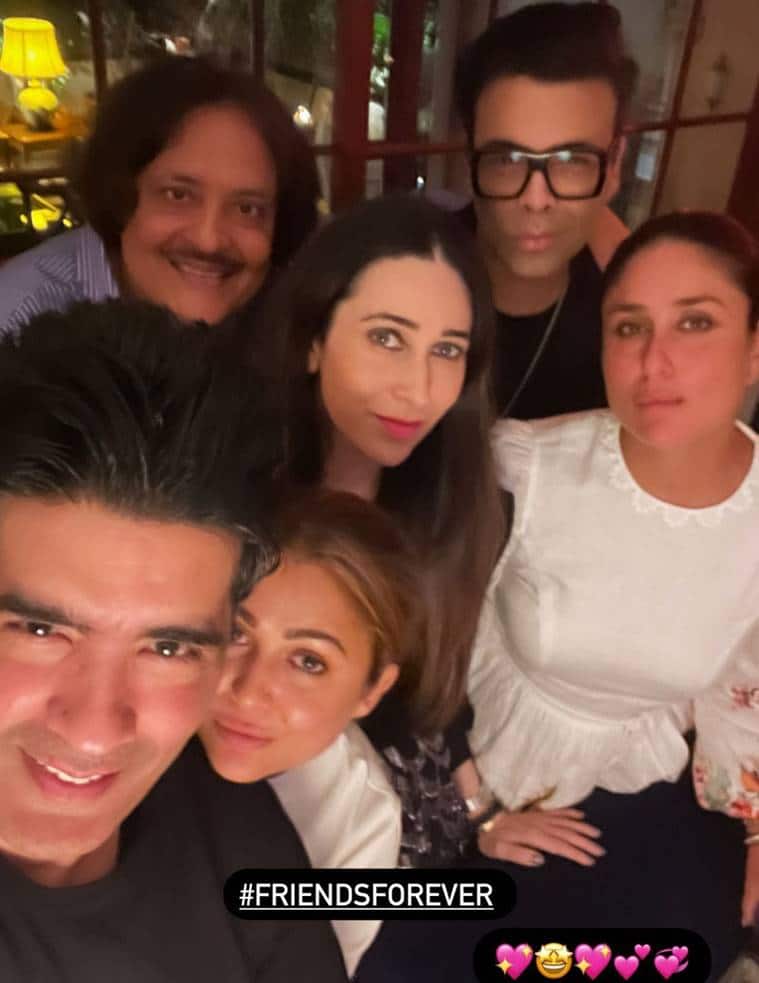 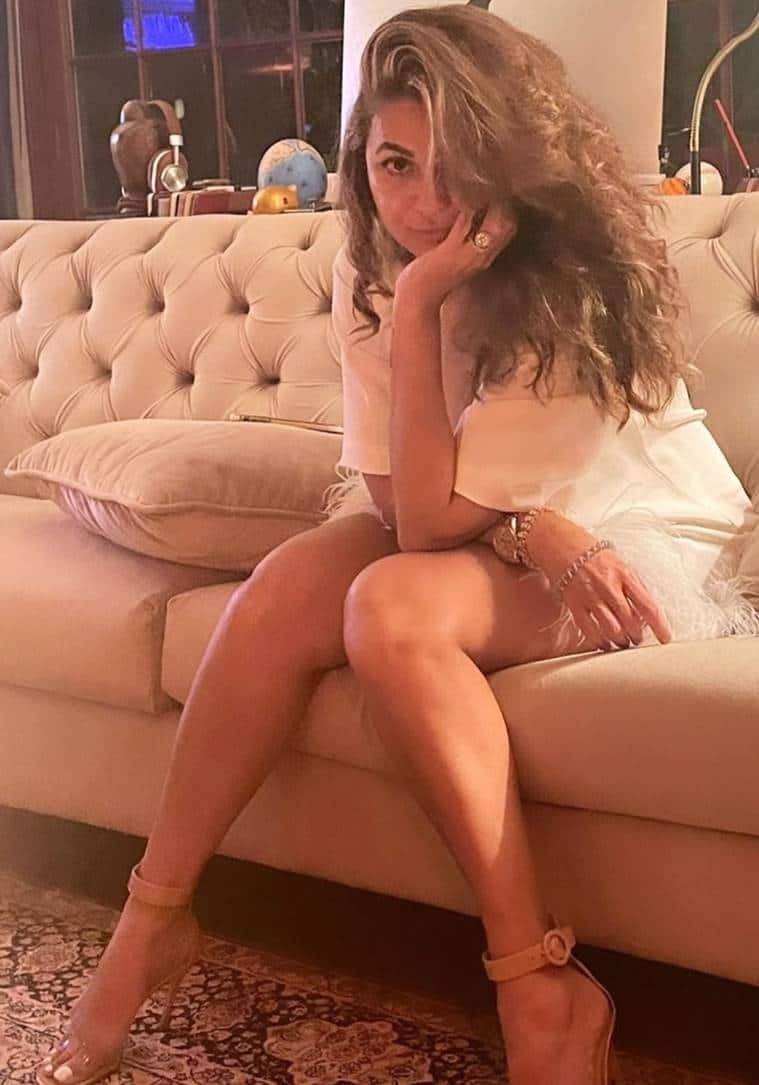 Amrita Arora’s stunning photo. (Photo: Manish Malhotra/Instagram)
Later in the evening, Kareena posted a throwback photo of her aunt Rima Jain to wish her on her birthday. She wrote, “My most beautiful Rima aunty…happy birthday …to fish curry lunches and gup forever…love you ❤️”

The Laal Singh Chaddha actor came back from the Maldives recently. The actor celebrated her birthday with husband Saif Ali Khan and her kids – Taimur and Jeh. On the work front, Kareena is awaiting the release of her Aamir Khan-starrer. The film was earlier scheduled for Christmas release but due to the delays faced as a result of the pandemic, the makers decided to push the release of the film to Valentine’s Day next year.

Karisma, on the other hand, had recently shared that she will be gracing The Kapil Sharma Show with her father Randhir Kapoor. In a promo of her episode on the Kapil Sharma’s show, Karisma opened up on several habits of Kapoor Khandaan, including the family being absolute foodies. She will also perform the iconic ‘Yaara Oh Yaara’ on the show, which will sure take her fans down the memory lane. The episode will air during the weekend on Sony TV.

Doctor Who: Jodie Whittaker says she will be ‘filled with grief’ after leaving the show

The fight to save Hawaii Sign Language from extinction