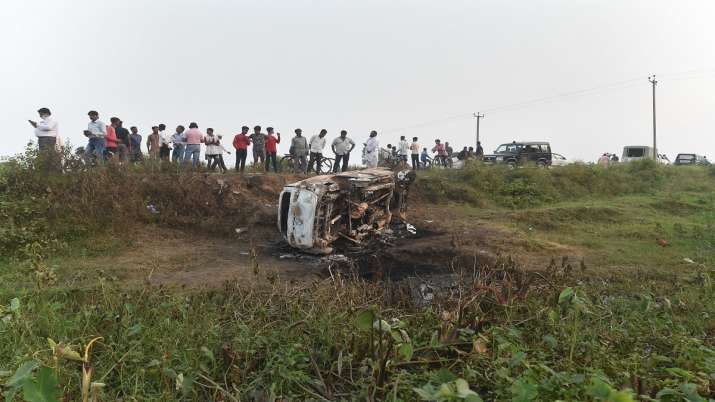 The Uttar Pradesh government has deputed Pradeep Kumar Srivastava, a retired judge of the Allahabad High Court, to probe the October 3 Lakhimpur Kheri violence in which eight persons lost their lives.

The judicial commission will have its office in Lakhimpur Kheri and it is required to submit its report within two months. 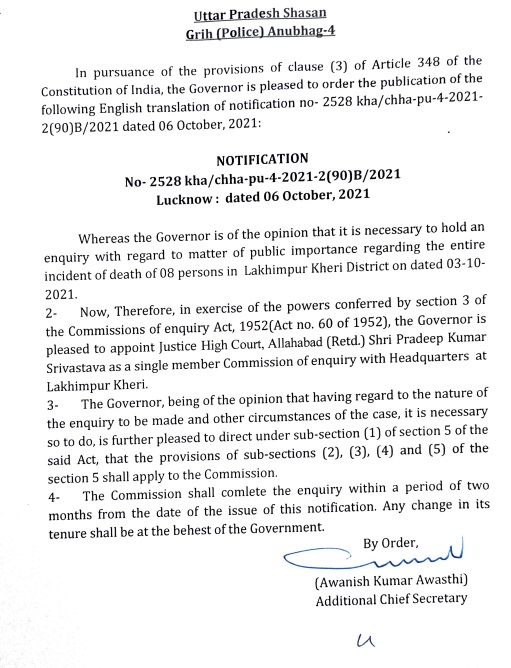 On October 4, the state government had announced that it would appoint a retired high court judge to ensure an impartial probe into the violence in which Union Minister Ajay Mishra Teni’s son Ashish is an accused.

The violence in Lakhimpur Kheri has triggered a major political storm with opposition parties accusing the BJP-led Uttar Pradesh government of shielding the culprits.

Of the eight people killed, four were farmers, who were allegedly knocked down by vehicles driven by BJP workers travelling to welcome Uttar Pradesh Deputy Chief Minister Keshav Prasad Maurya to an event in the area.

The other four include two BJP workers, a driver of Union Minister of State for Home Ajay Kumar Mishra, and Raman Kashyap, a journalist working for a private TV channel.