Livdose
Home News India Navjot Sidhu to invite CM Amarinder to event where he will take... 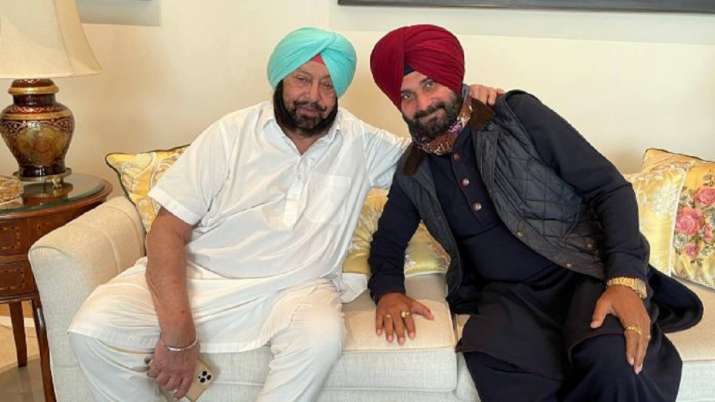 
In what could be seen as a possible truce between Navjot Singh Sidhu and Chief Minister Amarinder Singh, the new Punjab Congress president is going to invite the Captain for Friday’s event where he along with four working presidents will formally assume charge.

“The invitation letter has been drafted and signed by Sidhu and other presidents including Sunil Jakhar. It will be sent to Captain soon,” Congress MLA from Moga, Dr Harjot Kamal has told India TV.

Earlier in the day, in what is seen as a show of strength, nearly 60 Congress MLAs gathered at the residence of new state party chief Navjot Singh Sidhu, .

Sidhu and Amarinder Singh have been at loggerheads for the past some time, with the Amritsar (East) MLA recently attacking the CM over the desecration cases.

The chief minister was also averse to his appointment as the state Congress chief. After Sidhu’s elevation, the CM had said that he won’t meet him until the cricketer-turned-politician apologises for his “derogatory” tweets against him.

The MLAs joined by Sidhu boarded luxury buses and went to pay obeisance at the Golden Temple, where a large number of Congress supporters gathered. They also went to the Durgiana temple and Ram Tirath Sthal.

After paying obeisance at the Golden temple, Jakhar told reporters, “We sought blessings for a prosperous Punjab, in which we all contribute together.”

On Chief Minister Amarinder Singh’s stance that he will not meet Sidhu till he publicly tenders an apology, some MLAs said there was no need for it.

Minister Randhawa told reporters he was surprised at the “behaviour” of the chief minister. Sidhu’s elevation as state unit chief has to be respected and accepted by all, irrespective of whatever differences there might have been in the past, he said. Randhawa said even senior leader Partap Singh Bajwa and Sukhpal Singh Khaira earlier were at loggerheads with Amarinder Singh but now they have sunk their differences. “Why can’t the chief minister sink his differences with Sidhu,” Randhawa asked.

MLA Kuljit Singh Nagra had said Sidhu will formally assume the charge of the state party chief at Chandigarh on Friday and expects the chief minister to be present at the event.

Northeast India will always be one: Mizoram CM