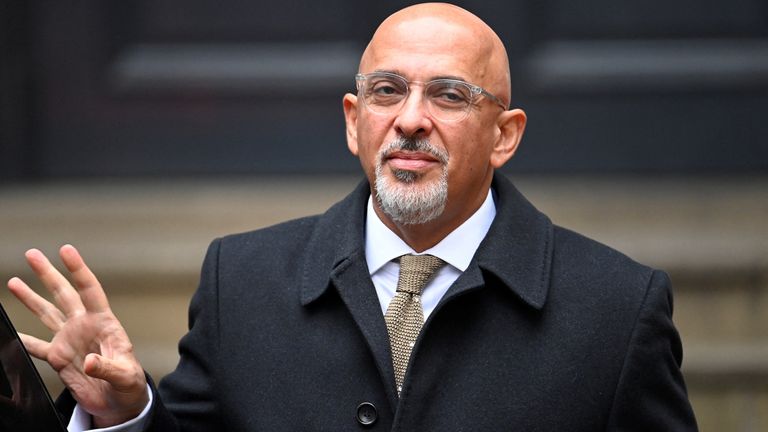 Number 10 has said Rishi Sunak has never paid a tax penalty as the row over Nadhim Zahawi’s tax affairs continues.

The prime minister’s spokeswoman earlier on Wednesday declined multiple times to say whether Mr Sunak had ever paid a tax penalty during questions to journalists.

She added that the PM will publish his tax return “in due course”.

But five hours later, a No 10 spokesman told Sky News: “The prime minister has never paid a penalty to HMRC.”

Mr Sunak is facing pressure to sack Conservative Party chairman Nadhim Zahawi over the estimated £4.8m bill he settled with HMRC while he was chancellor under Liz Truss.

A week ago, Mr Sunak told MPs that Mr Zahawi had “already addressed the matter in full” – but Downing Street subsequently revealed the prime minister had not been aware that the Conservative Party chairman had paid a penalty to HMRC as part of the settlement.

Mr Sunak has ordered an investigation by Sir Laurie Magnus, his independent adviser on ministers’ interests, into whether Mr Zahawi broke ministerial rules.

Mr Zahawi told Sky News he is “clearly being smeared” over questions about his tax affairs – and that he did not “benefit” from an “offshore trust”.

Read more: What did Nadhim Zahawi do?

Labour said Mr Sunak should reveal if he has ever paid a tax penalty, while a Labour spokesman replied they would “come back to you” when asked if leader Sir Keir Starmer had ever paid one.

At Prime Minister’s Questions on Wednesday, Mr Sunak was challenged over Mr Zahawi’s tax affairs for the second week running by Sir Keir.

But Mr Sunak said: “Of course, the politically expedient thing to do would be for me to have said that this matter must be resolved by Wednesday at noon.

“But I believe in proper due process.”

Sir Keir made a veiled reference to Mr Sunak’s billionaire wife, Akshata Murty, who held non-domiciled status until a furore over it forced her to announce she would start paying British taxes on all her worldwide income.

The Labour leader said: “We all know why the prime minister was reluctant to ask his party chair questions about family finances and tax avoidance.

“But his failure to sack him when the whole country can see what’s going on shows how hopelessly weak he is – a prime minister overseeing chaos, overwhelmed at every turn.”