Livdose
HomeNewsPoliticsNo tickets promised to those who have joined from other parties: BJP
NewsPolitics

No tickets promised to those who have joined from other parties: BJP 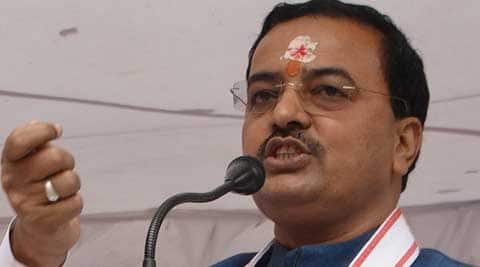 “All those who have joined BJP from parties like BSP and Samajwadi Party have not been promised party tickets for the coming poll…they have come expressing faith in the party’s policies and working of Prime Minister Narendra Modi,” Maurya told PTI in an interview.

WATCH VIDEO: Income Tax Law To Be Changed To Increase Penalty On Unexplained Deposits: All You Need To Know

“Names of winnable candidates will be taken into consideration but it is wrong to think that all those joining BJP will get tickets,” Maurya said.

“I want to tell party workers that BJP will safeguard the honour of its core worker at all cost,” he said. Maurya said since his party is pro-worker, they have a lot of aspirations and expectations.

“As we have true democracy in the party it is not expected that an MLA’s son will end up being an MLA or an MP’s son will become an MP,” he said, adding any worker can aspire to reach any of the posts in his party.

“There are too many applications for tickets for the coming polls, but I believe that disciplined BJP workers will accept all decisions the day they are taken,” he said.

To a question, Maurya said when he took over as the state unit chief, a target of 265 seats was set for the coming UP polls.

“But it was concluded after meticulous calculations that we will win not less than 300 seats and now it is being coined as a slogan in the state, which has 403 Assembly seats,” he said.

On demonetisation, he said 98 per cent people were happy with the decision but those who have harmed interests of farmers, labourers, future of the youth and aspirations of the aged are unhappy.

“But we are concerned about the happiness of the majority …PM Modi’s decision is in national interest…it is against corruption and it is also against the enemy of the country – Pakistan,” he said.

“Those who were planning to win the elections on money power are worried…the game is over for those dreaming of votes in return for notes,” he added.