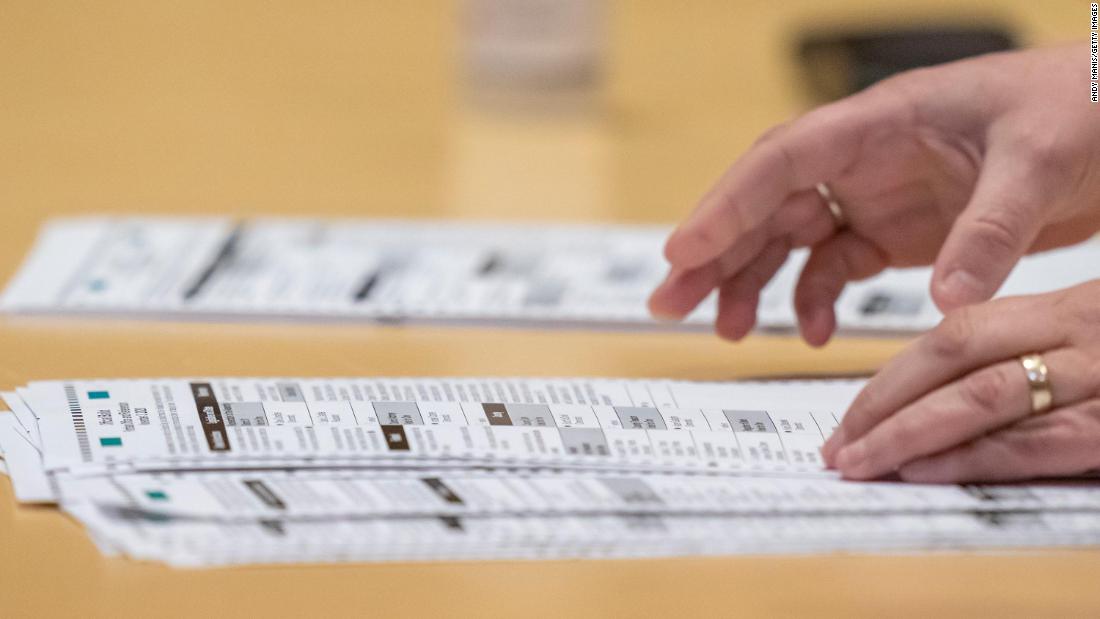 An online discussion thread began weighing the weapons and ammunition to use against her, Witzel-Behl said. There was also discussion of lynching.

So, when it came time to renew her employment contract, she struggled.

“Every day for over a year, I just kept going back and forth,” the 47-year-old said recently. “Is it worth it? Is it time to do something else where there is less stress, more reasonable work hours and certainly no death threats?”

Last month, Witzel-Behl decided to commit to another five years in her post. But her dilemma underscores the difficult choices election supervisors face as they increasingly become political targets in an era of widespread falsehoods about election fraud. Experts in the field fear a massive exodus of administrators that would change how elections are run — and threaten democracy itself.

In all, more than 8,000 local officials oversee US elections, according to the Elections and Voting Information Center at Reed College in Portland, Oregon. There’s no central tally of departures, but researchers see warning signs.

Nearly 35% of local election officials, for instance, report they are eligible to retire before the next presidential election in 2024, according to a survey conducted in 2020 by the center at Reed College and The Democracy Fund.

In the key battleground state of Pennsylvania, at least a third of election directors have resigned since fall 2019, said Lisa Schaefer, executive director of the County Commissioners Association of Pennsylvania.

And nearly one in three local election officials included in a recent survey for the liberal-leaning Brennan Center for Justice say they feel unsafe because of their jobs. (Last month, the US Justice Department announced a task force to address the rise in threats against election officials.)

On Wednesday, Vice President Kamala Harris is slated to meet with election officials and poll workers to hear their concerns and show solidarity with them, administration officials tell CNN.

“Everything I’ve heard from state officials and from locals is how unbelievably stressful it is, that they just can’t take it anymore,” said Paul Gronke, who teaches political science at Reed and founded the voting information center.

“We’re in danger of losing a generation’s worth of professional election expertise,” added David Becker, who runs the nonprofit Center for Election Innovation and Research that works with election administrators. “That would be bad enough if it weren’t also combined with the fact that they might be replaced with partisan hackery.”

In several key presidential battlegrounds, Republicans who share some of former President Donald Trump’s views about election fraud now are running to oversee elections in their states. They include Georgia Rep. Jody Hice, who was one of 147 congressional Republicans who voted against certifying President Joe Biden’s win even after a violent pro-Trump mob stormed the US Capitol. He’s hoping to oust Secretary of State Brad Raffensperger in the Republican primary.

Election officials still reeling from the threats and attempts at intimidation during the 2020 election also face new penalties and curbs on their authority under laws advanced by Republican-controlled state legislatures this year.

A measure sought by Republicans in the Texas House, for instance, would make it a felony for election officials to distribute unsolicited state ballot applications. And a far-reaching election law signed by Florida’s Republican Gov. Ron DeSantis in May imposes a fine of up to $25,000 on any supervisor who leaves a ballot drop box unattended.

But Wilcox, who runs elections in Marion County, Florida, said the task of guarding ballot drop boxes will modestly increase his election costs.

Conservatives argued it’s inappropriate for outside organizations to subsidize a government function, and they have questioned whether the money disproportionately aided larger cities that tend to vote for Democrats as they move to ban the practice.

In Madison, Witzel-Behl said a $1.2 million grant from the group offered a crucial lifeline, helping to underwrite additional pay for her overworked staff, along with funding other pandemic-related expenses such as drop boxes and postage.

“It was the only way we were able to give our workers hazard pay,” she said. (Witzel-Behl has no party affiliation; Wisconsin does not have partisan voter registration.)

Witzel-Behl said she worried constantly about her staff and family last year.

On police advice, she locked the office and screened visitors. At home, she kept the blinds closed and fretted about someone harming her teenage daughter. “That was the worst part of the whole thing — knowing it might have a negative effect on a member of my family,” she said.

In that role, he had become a target of threats and anti-Semitic messages, following disputes over how close partisan poll watchers could get to the city’s election workers to observe the ballot-counting.

“You will be hung in a court of law. You will not escape this treason,” one female caller said in a voicemail message at the time that Bluestein recently shared with CNN. On Facebook, another person warned that “everyone with a gun is going to be at your house.”

He ended up with a security detail outside his home for just over a week during the height of the vote-counting. His 3-year-old daughter seemed to pick up on the extra stress and began to have nightmares, he said.

“You never expect to deal with the kinds of things we dealt with in 2020,” said Bluestein, 32. “My biggest concern now is the damage this is doing to our institutions and our democratic system.”

“The easiest thing anyone could do to restore confidence in our elections,” he said, “is to simply stop lying about the election being stolen because it’s not true.”

Bluestein, who has worked on elections in Philadelphia since January 2012, is staying in his job but isn’t sure what’s next after Schmidt’s term ends. Schmidt, the lone Republican on the city commission, already has announced he will not seek reelection in 2023. Bluestein is also a Republican.

Back in Madison, Witzel-Behl said she decided to remain in her appointed post for another five years because it will give her the chance to continue to pursue a professional passion: easing inequities in voting across the city.

Just last week, Witzel-Behl helped train a new crop of Wisconsin municipal election clerks. “I kept telling them that they have to focus on why they are doing this work,” she said.

“What it comes down to is making voting accessible to those who are eligible to vote. That’s why we keep showing up day after day.”

CNN’s Arlette Saenz and Jasmine Wright contributed to this report.