Livdose
HomeNewsPoliticsPM Modi should reveal his idea of democracy if he thinks protests...
NewsPolitics

PM Modi should reveal his idea of democracy if he thinks protests are bad: Salman Khurshid 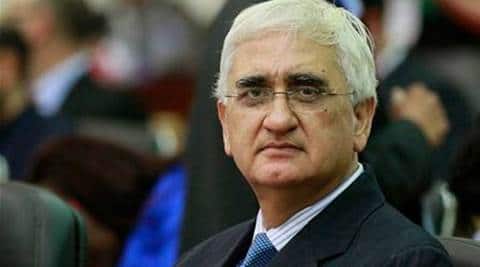 Congress leader and former foreign minister Salman Khurshid has said that if Prime Minister Narendra Modi thinks that protests organised to highlight the inconvenience caused to the people by demonetisation is a bad thing, then he should explain his idea of democracy. “He (Prime Minister Modi) thinks protest is a bad thing and democracy should not have a protest, then he should better explain what his idea of democracy is. If he does a good job, then he will get support, and, if he does bad job, then he will be criticised. Whoever is right will ultimately prevail,” he said.

On Sunday, in Kushinagar, Uttar Pradesh, Prime Minister Modi took a swipe at the opposition over their plans to organise a country-wide protest against demonetisation.

“We talk about ending black money and corruption, they (opposition) talk about shutting down the country,” he said.

He was addressing the BJP’s Parivartan Yatra rally

Saying that his government is dedicated to the poor, Modi thanked the public for their support in granting him 50 days to normalise the cash crunch situation.

On November 14, he was in Ghazipur district to inaugurate various government projects. Prime Minister Modi used the occasion to speak on demonetisation and asked the public to give him 50 days to improve the cash crunch situation.