Global icon Priyanka Chopra Jonas was seen enjoying the final of Wimbledon 2021 Women’s Singles live. She shared pictures and videos of her unwinding among the audiences on her Instagram profile. 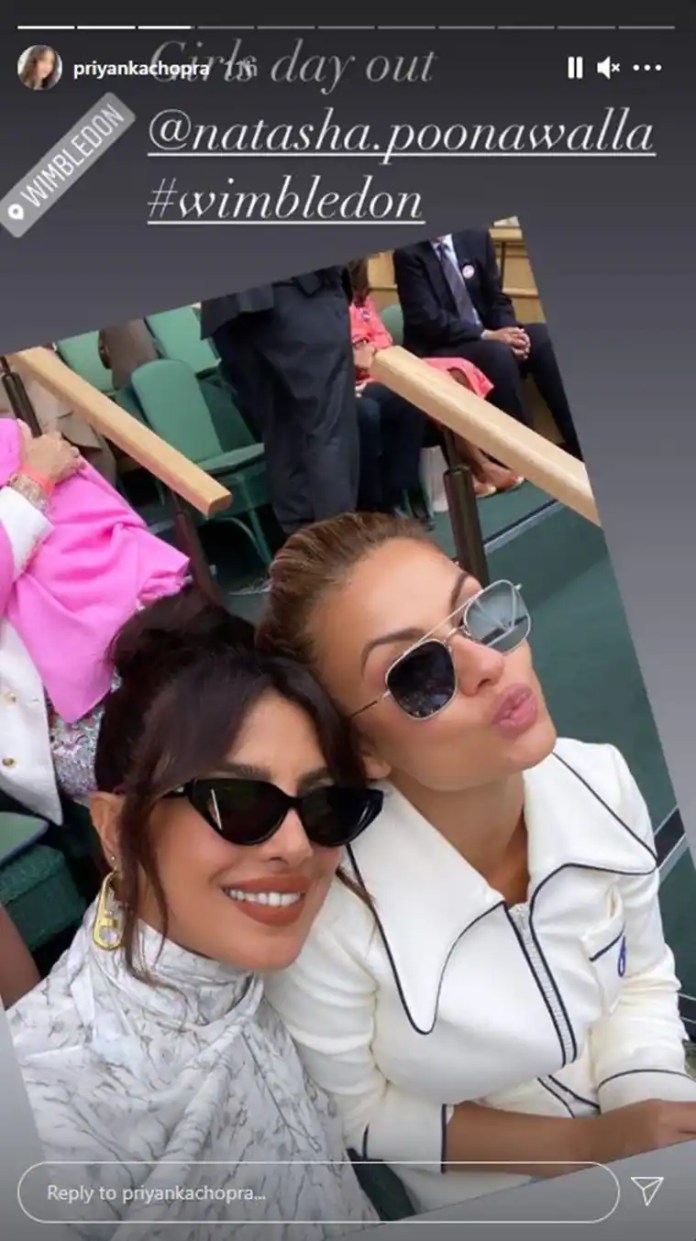 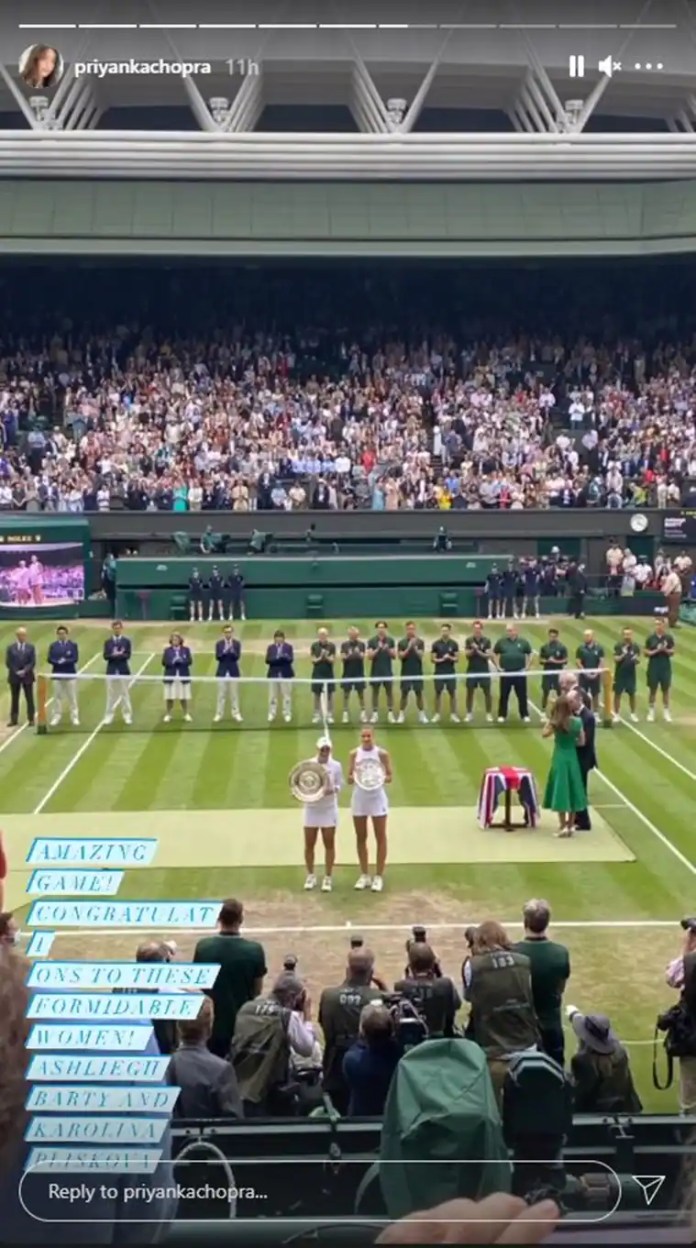 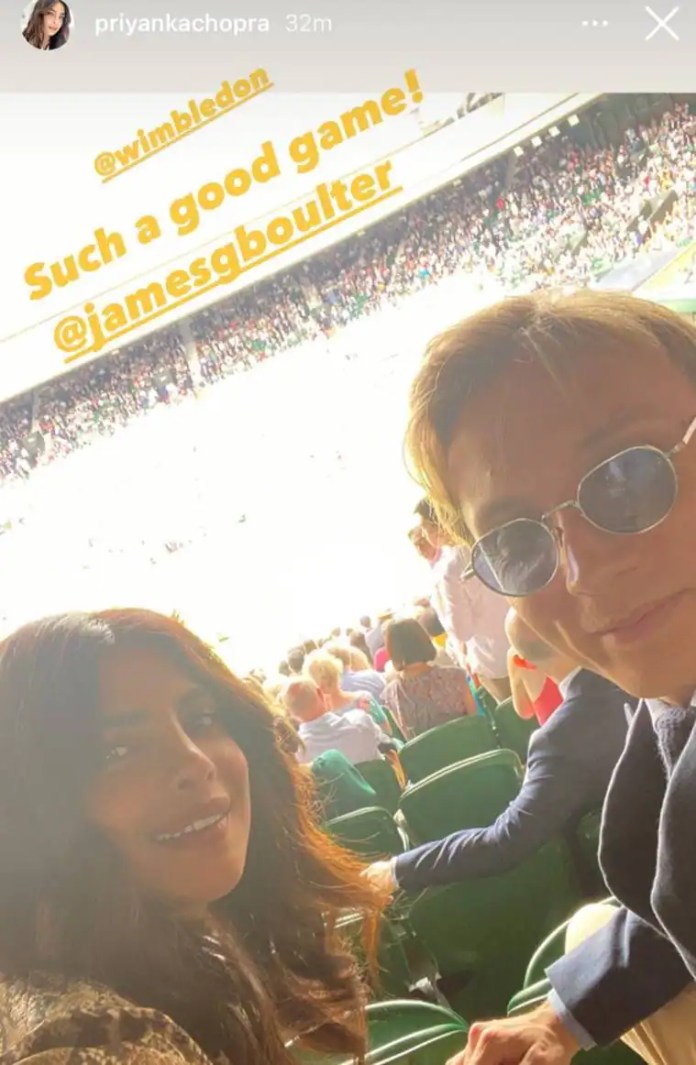 Priyanka shared a selfie from the event. (Photo: Priyanka Chopra/Instagram)

PeeCee was seen watching the match with Natasha Poonawalla, businesswoman and the wife of Serum Institute of India CEO Adar Poonawalla. Duchess Kate and Prince William were also among the audience sitting just ahead of Priyanka and Natasha.

While sharing a photo of the two opponents after the match, Priyanka wrote, “Amazing game! Congratulations to these formidable women! Ashleigh Barty and Karolina Pliskova.”

On the work front, Priyanka has the fourth Matrix movie and a romantic drama Text for You in her kitty. The Matrix 4 brings back Lana Wachowski. Keanu Reeves, Carrie-Anne Moss, Jada Pinkett Smith, Lambert Wilson, and Daniel Bernhardt reprise their roles from previous movies, while Yahya Abdul-Mateen II, Neil Patrick Harris, Jonathan Groff, among others join the franchise apart from Priyanka.

Neither Matrix 4 nor Text for You has a release date yet. Priyanka is also set to appear in a TV show called Citadel, which is created by Patrick Moran and the Avengers: Endgame directors Russo brothers. Richard Madden, Roland Møller, and Stanley Tucci are also in the cast.

Priyanka Chopra was last seen in The White Tiger, the Netflix adaptation of Aravind Adiga’s 2008 novel of the same name that she also executive produced.