Replacing sugar with jaggery? Here’s what you need to know 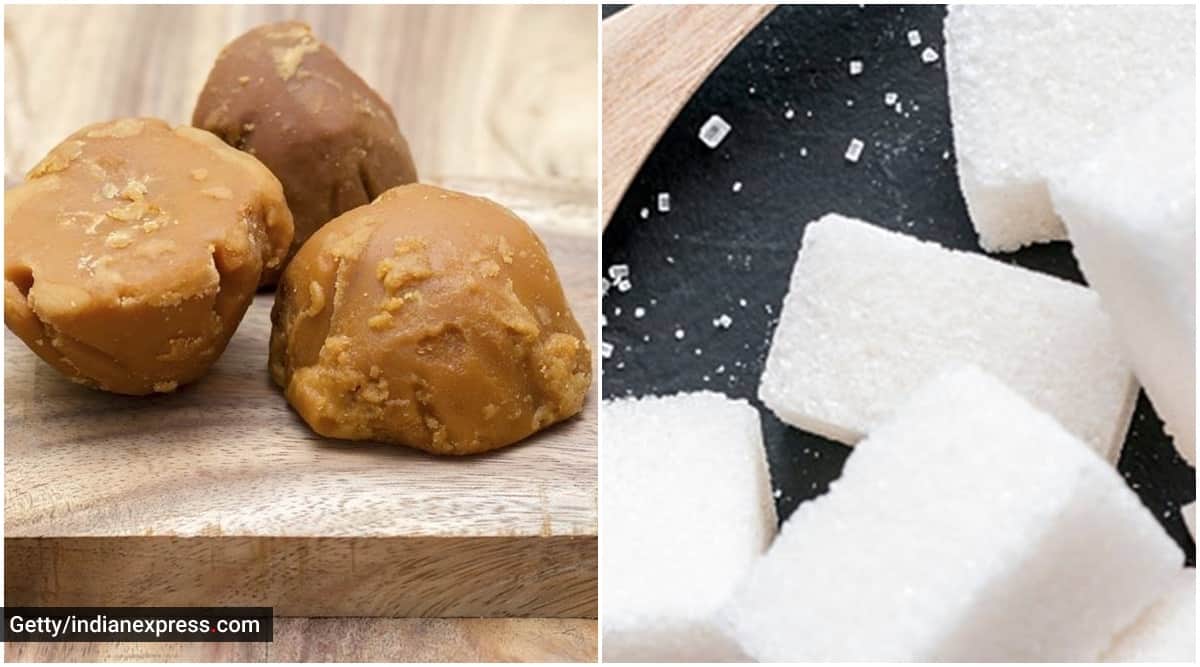 To stay fit and eat healthy, many people have started ditching sugar for substitute sweeteners like jaggery and honey.

So does that mean jaggery is a guaranteed way to avoid calories and decrease insulin spikes? Not really. Taking to Instagram, food therapist Dr Ria Banerjee Ankola shared that both — jaggery and sugar — have a similar caloric profile.

“Sugar and jaggery are sweeteners which are made from sugarcane juice but are processed differently,” she said.

According to Dr Ankola, sugar is prepared by condensing and crystallising sugarcane juice syrup while jaggery is made by boiling the syrup for several hours and then moulded firm. “Both have similar calories and similar effect on the body. It’s just that jaggery is unprocessed and has health benefits,” she added.

Then why is jaggery considered better?

Jaggery contains traces of iron, fibre and minerals along with calories unlike sugar which only provides calories, and no nutrients.

It is advised to consume jaggery?

Though jaggery is nutritionally better than sugar, it should also be consumed in small quantities because of its high calorie content, and must be avoided by diabetics, said the expert.

According to Healthline.com, by replacing white sugar with jaggery, one gets a few extra nutrients which makes it healthier. But instead of relying on a sweetener as a source of nutrients, one should aim to get nutrients from the foods they eat, it mentions.