Taiwanese electric scooter maker Gogoro Inc. that specialises in battery-swapping technology will make its foray into India, the world’s largest motorcycle market, in Q4 2022, as per an internal presentation to its investors, accessed by ETAuto. The startup which began in Taiwan in 2015 will enter the Indian market in partnership with the country’s largest two-wheeler maker Hero MotoCorp to launch Hero-branded two-wheelers powered by Gogoro’s battery sharing infrastructure, which would be available in many cities in India.

The company plans to work out its international expansion via SwapCos model for setting up a local joint venture, where the model will own, finance and operate the network. While Gogoro will receive upfront revenue from hardware and perpetual license fee through subscription revenue sharing, the OEMs will get new business opportunities. 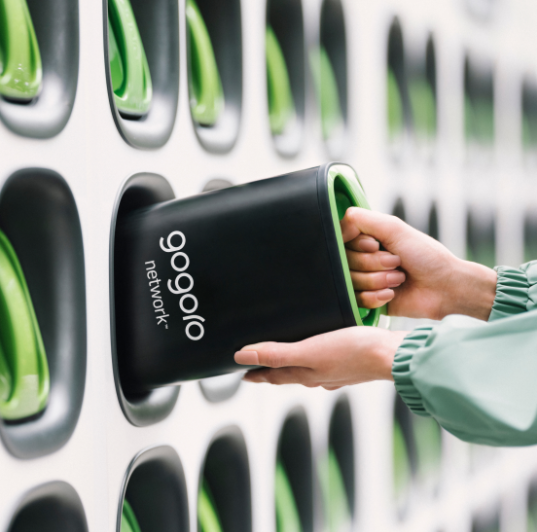 With this business model, Gogoro will enable HW and SW technologies, share its operational knowhow and share its proven turnkey business mode. The local OEM partner will provide distribution and branding, local support and operations, focus on consumer acquisition and marketing, and provide equity investments. If everything goes according to the company’s plan, the joint venture entity will be established in 2021 or early 2022, wherein the JV funding is expected in 2022. While the company is working on finalizing the vehicle schedule, it has identified the cities for the initial roll-out, which will be Delhi and Bangalore with 7,000 customer touchpoints across India.

Looking at the company’s recurring revenue model in Taiwan, over a 10 year period, it gets 56% revenue from recurring Swap & Go battery swapping subscription services and 44% from the outright sale of hardware from the first year.

In recent years, the startup has launched scooter-sharing services in Europe and battery-sharing infrastructure in Japan.

Partly funded by investors including Singapore’s Temasek and Japan’s Sumitomo Corporation, the startup believes that establishing a foundation in China and India “will provide a position to expand globally with the benefit of partners and scale.” In May this year, it partnered with two Chinese two-wheel vehicle makers to offer its battery-sharing infrastructure.

Pawan Munjal, chairman and CEO, Hero MotoCorp, earlier said, “With this new partnership, we commit to introducing a sustainable mobility paradigm, first in India and then in other markets around the world.”The startup has partnered with Foxconn for a smooth supply chain functioning.

Besides tying up with the Taiwanese firm, the country’s leading two wheeler maker is looking to launch an independent electric model with a fixed battery in March and mark its entry into the segment. The company is utilising its Jaipur (Rajasthan) and Stephanskirchen (Germany) based R&D set-ups to develop its own electric products.

This will allow the two-wheeler maker to play in both the spaces and offer its customers a flexible charging ecosystem with both, fixed charging and swapping network.

The company is working on its EV plans under its emerging mobility business unit, created two years ago. It has already invested in the Bengaluru-based EV startup Ather Energy, which offers e-scooter models in the market.

Battery swapping, a charging method to replace a depleted battery with a fully charged one, is seen as a quick recharge alternative to the time consuming process of battery charging in India where charging infrastructure is lacking.

While swapping can be a complex issue for the passenger cars due to their big battery size, it seems like a viable option for two-wheelers, bikes and the modes of last mile connectivity. More so, with the latest partnership, the initiative will beef up the e-2W market in india.

Auto analysts said petrol two-wheelers are suffering because they are dependent on rural markets, which are still recovering from the pandemic. In the top 10 cities both EVs and ICE (internal combustion engine) vehicles have grown as people opt for personal transport, but the top 10 cities are less than one-tenth of ICE sales while they are nearly 30% of EV sales.

This will be the two-wheeler maker’s third price hike in a year following revisions in April and July. “The price hike has been necessitated to offset the impact of steadily increasing commodity prices,” the company said.