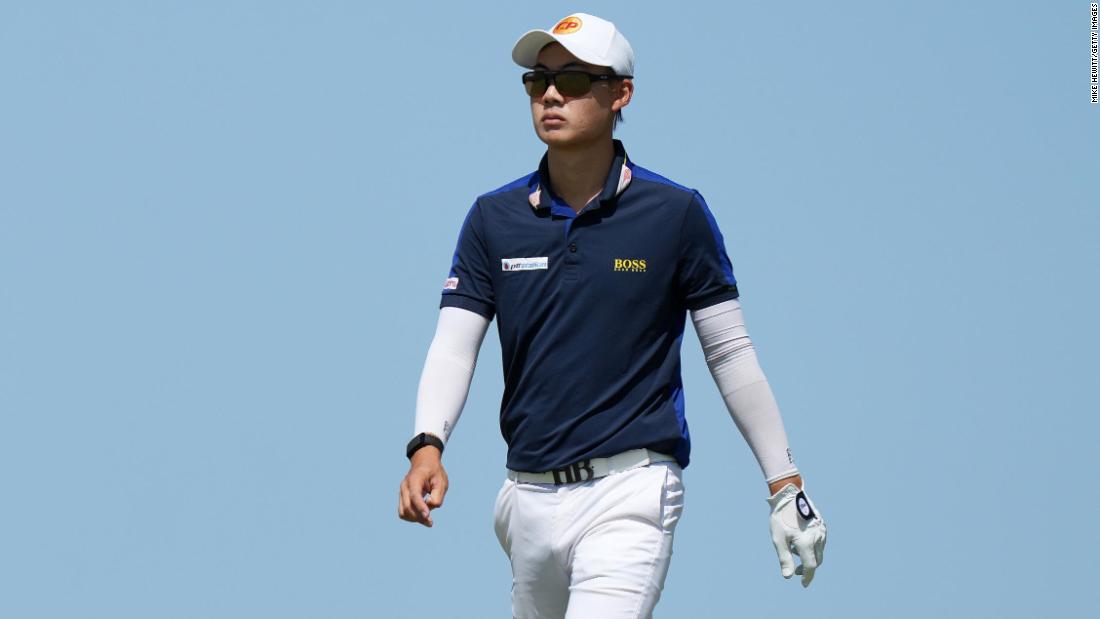 
But on Saturday at the Open, Thai golfer Jazz Janewattananond took that to another level.

On the par-three 11th hole at Royal St. George’s, the 25-year-old hit his tee shot into the bunker to the left of the green.

His ball ended up too close to the bunker wall for him to stand in and swing to comfortably take his second shot, so he had to improvise.

READ: Sun, sea and golf and the challenge of playing in gusty wind, unforgiving rough and blind shots

With his club in his hands, Janewattananond perched above the bunker with his ball a few feet below, swinging while on his knees.

Despite having to play from this unorthodox playing base, Janewattananond proved he was up to the job as his shot finished just a few feet from the flag.

The excellent approach shot allowed him to recover to make a par and move onto the next hole without suffering too much of a blow.

Visit CNN.com/sport for more news, features, and videos
And just hours after his third round finished, Janewattananond posted a video on his Instagram showing that he’d practiced that exact shot in the practice chipping area beforehand.

“Sometime you practice the right shot at the right time,” the world No. 144 said.