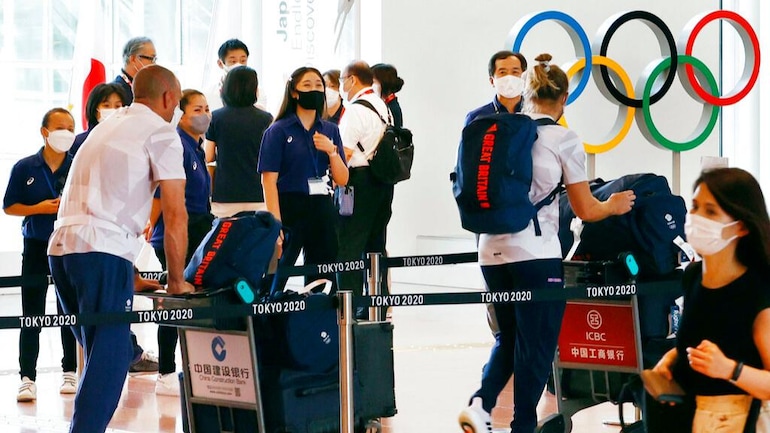 The Olympic Organising Committee confirmed the Covid-positive cases on Thursday while public broadcaster NHK said the athlete had not yet relocated to the Tokyo Games village.

Coronavirus has hit the Tokyo Olympics just 8 days before the showpiece event is scheduled to begin on July 23 as an athlete tested positive for Covid-19 during the 14-day quarantine period in Japan’s capital city.

The Olympic Organising Committee confirmed the news on Thursday while public broadcaster NHK said the athlete had not yet relocated to the Tokyo Games village.

Cases are on the rise in Tokyo as several other people who are directly or indirectly involved with the Summer Games tested positive over the last few days.

5 Olympic workers contracted the virus while a staff member from Russia’s rugby sevens team was hospitalised after a positive Covid test. Eight staff members of a Japanese hotel hosting the Brazilian judo team have also returned a positive result.

Eight members of the Kenyan women’s rugby team, who were set to hold a training camp in Kurume in southwestern Japan, were classified as close contacts of a passenger on their flight to Tokyo who tested positive for coronavirus, a city official said.

But International Olympic Committee president Thomas Bach continues to assure people that there is “zero” risk of Games participants infecting Japanese residents with COVID-19 even as positive cases hit a six-month high in Tokyo.

“Risk for the other residents of Olympic village and risk for the Japanese people is zero,” Bach said, adding that Olympics athletes and delegations have undergone more than 8,000 coronavirus tests, resulting in three positive cases.

Those cases have been placed in isolation and their close contacts are also under quarantine protocols, Bach said at the beginning of talks with Tokyo Governor Yuriko Koike and Tokyo 2020 President Seiko Hashimoto.

Just over a week before the July 23 opening ceremony, Tokyo reported 1,308 new COVID-19 infections on Thursday, its highest daily tally since late January. The Games will be played from July 23 to August 11 after being postponed by a year due to the pandemic.