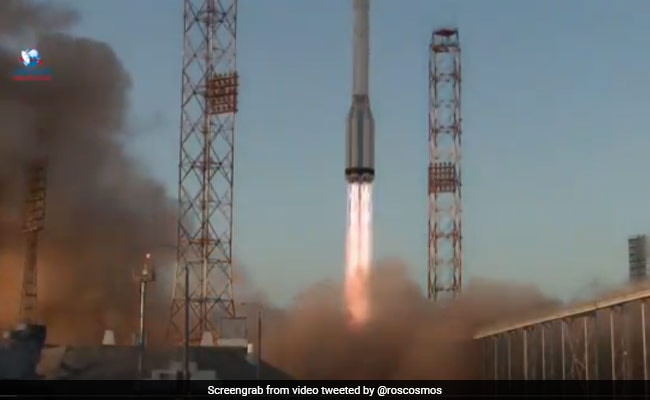 A Russian Proton-M rocket carrying the new Nauka laboratory module for the International Space Station blasted off from the Baikonur cosmodrome in Kazakhstan on Wednesday, the Roscosmos space agency said.

Missed today’s #Nauka launch? Here is the video of this historic event!

By the way, this was the 425th launch of the Proton family rockets. pic.twitter.com/48dO8ur3wL

Images released by Roscosmos showed the carrier rocket taking off at 1458 GMT, taking into orbit the first Russian ISS module in 11 years.

The module’s long-planned journey to the ISS will take eight days. It is expected to dock to the nadir port of Russia’s Zvezda service module on July 29, Roscosmos said in a statement in early July.

The assembly of the 20-tonne Nauka multipurpose laboratory module started back in the 1990s but its launch — initially scheduled for 2007 — has been continuously delayed.

Pending a successful launch on Wednesday, Nauka will replace the Pirs module after twenty years in service, which is expected to detach from the ISS on Friday and burn up in the Earth’s atmosphere over the Pacific Ocean.

While Nauka’s main purpose is research, it will also provide “additional volumes for the workplaces and storage of cargo, places for water and oxygen regeneration equipment,” Roscosmos said.

It will also “improve the conditions of cosmonauts’ stay, providing an additional toilet and a third sleeping location for the Russian side of the ISS.