The fighters sipped tea and bought snacks from stalls dotted along the shoreline.

Kabul: Strolling casually with their machine guns in hand, Halimi and hundreds of fellow Taliban fighters enjoyed a rare day off with a visit to a popular waterside amusement park in Kabul.

Friday’s day trip to the sandy shores of the capital’s Qargha reservoir was a welcome break for the fighters after months of conflict and weeks of security duty since the Taliban took power in mid-August. 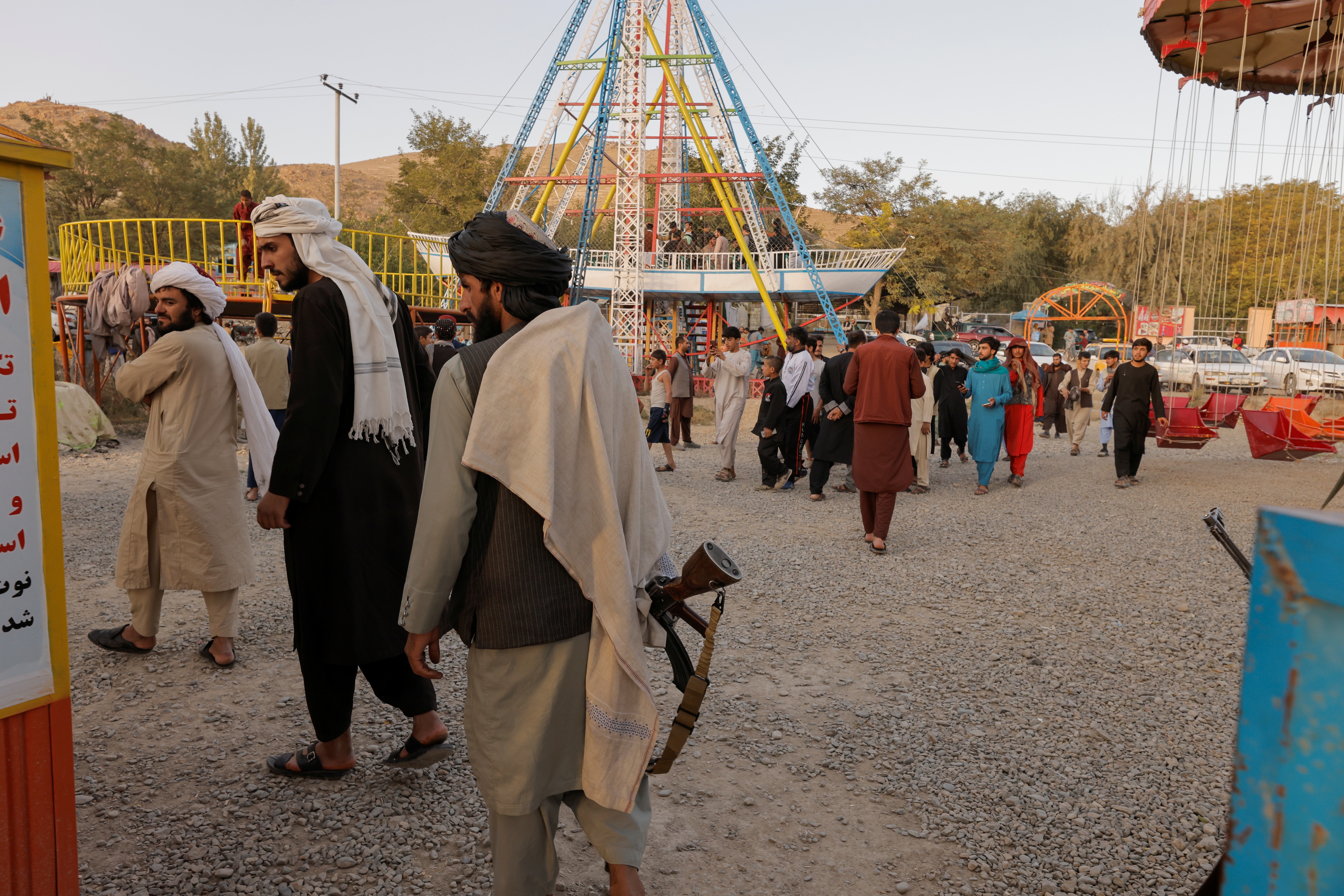 “I feel very cheerful about coming to Kabul and being able to visit Qargha for the first time … the people welcomed me and my companions in a brotherly manner,” Halimi, 24, a fighter from the central Maidan Wardak province, told Reuters, asking not to give his full name.

The fighters, who were all heavily armed at the park, sipped tea and bought snacks from stalls dotted along the shoreline. 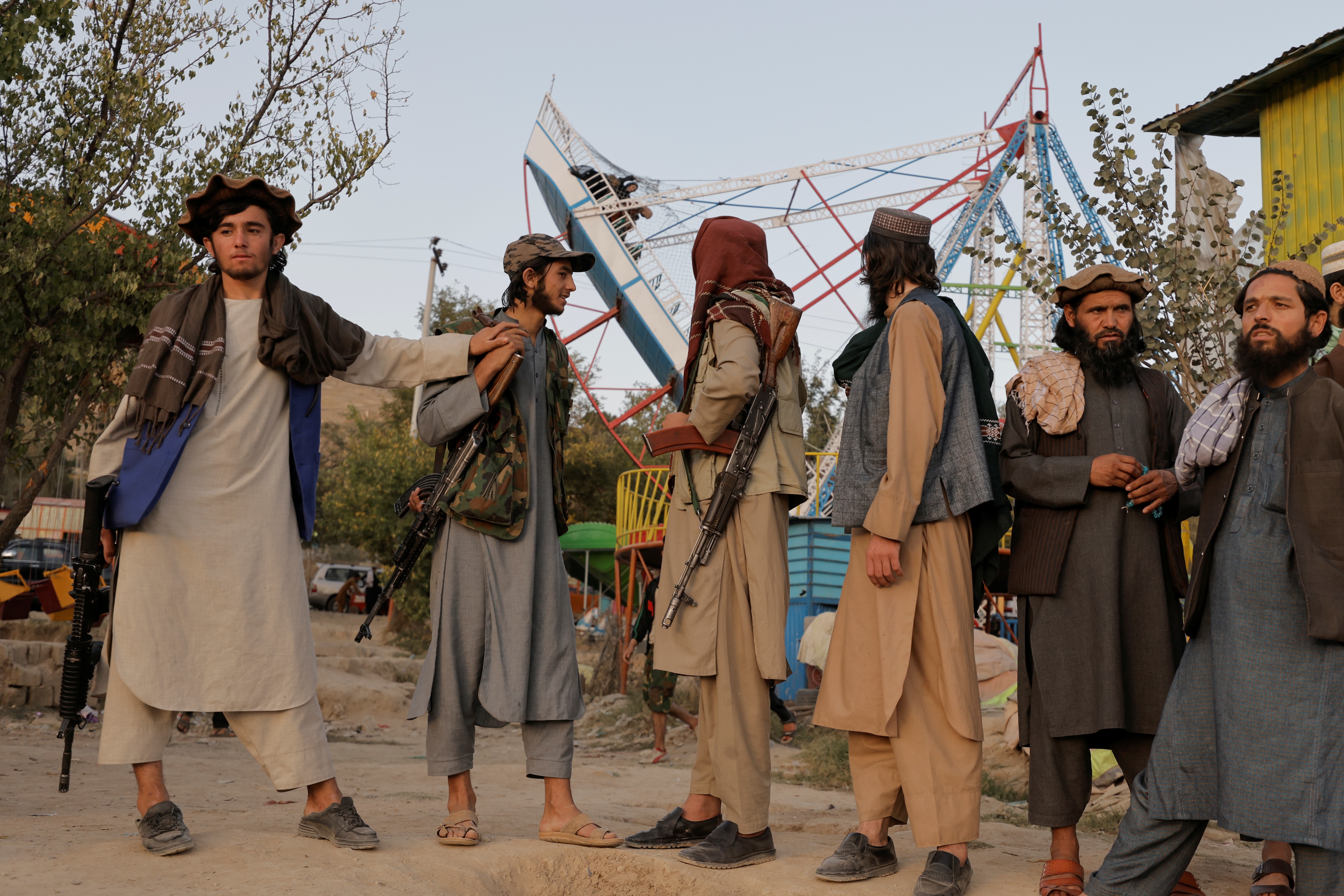 Some queued up to try the amusement park rides, which included a pirate ship and a flying chairs carousel.

Behind Halimi, Ziaul Haq, 25, also from Maidan Wardak, beamed as he went for a horse ride.

Most of the fighters had never been to Kabul until the Taliban took control of the capital on Augsut 15, and some were eager to visit the amusement park before returning to their duties around the country.

“We’re proud to have fought and now they (the Americans) are gone, that’s the most joyful thing we’ve experienced yet,” Halimi said, adding that he had met a cousin at the park and had a picnic to celebrate the Taliban’s comeback. 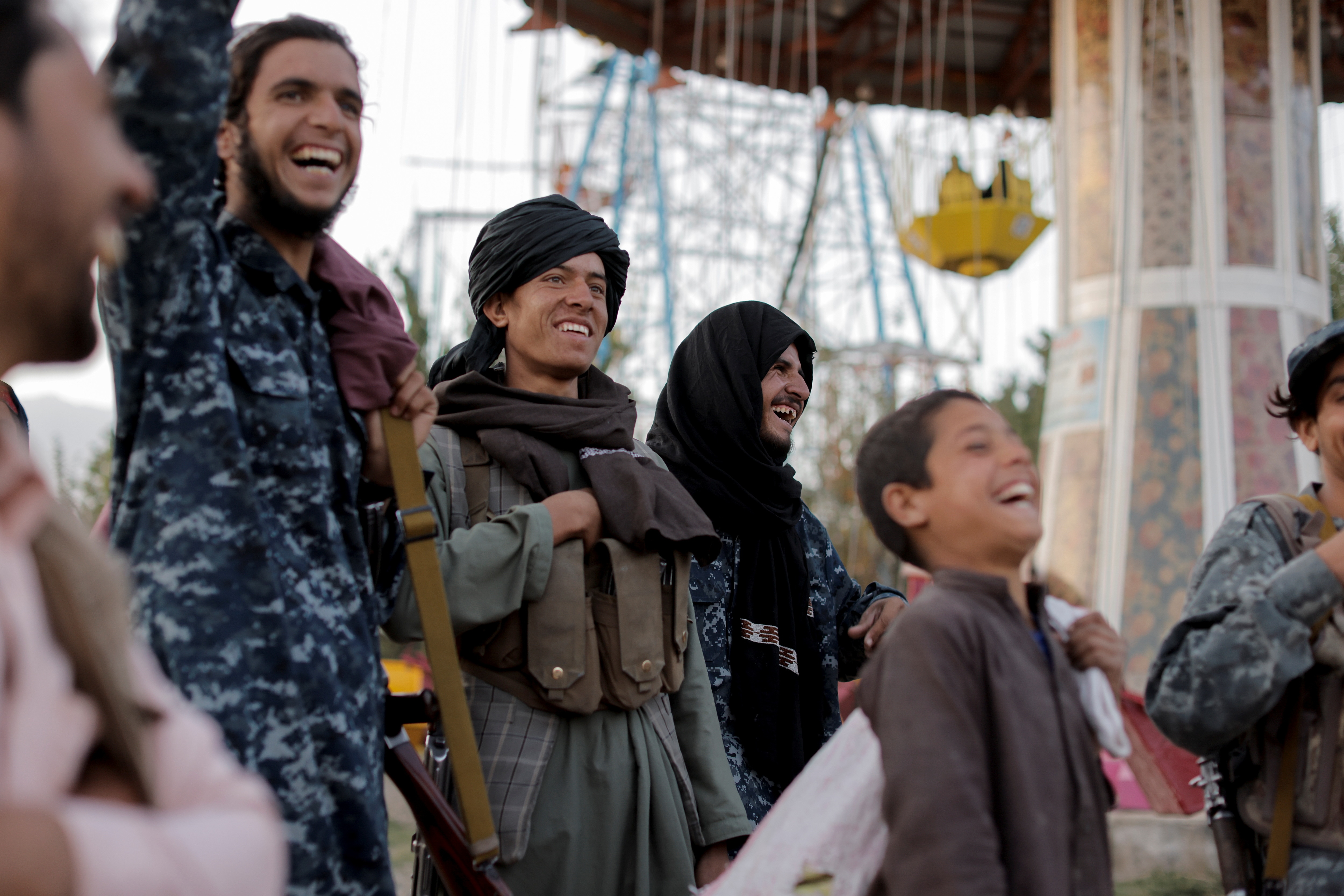 The Taliban waged a 20-year war against a Western-backed government before returning to power in August after President Ashraf Ghani fled Afghanistan.

The fighters are now tasked with ensuring nationwide security, which has become increasingly fragile following at least three attacks on religious institutions in the last week.

A suicide bombing on Friday at a mosque in northwestern Afghanistan killed at least 46 people and injured more than 140.

The attack was claimed by the ISIS in Khorasan, a name taken from the ancient name for the region that includes modern Afghanistan.

Why China Is the World’s Last ‘Zero Covid’ Holdout

B.J. Novak’s Face Is on Products Worldwide. He’s Not Sure Why.