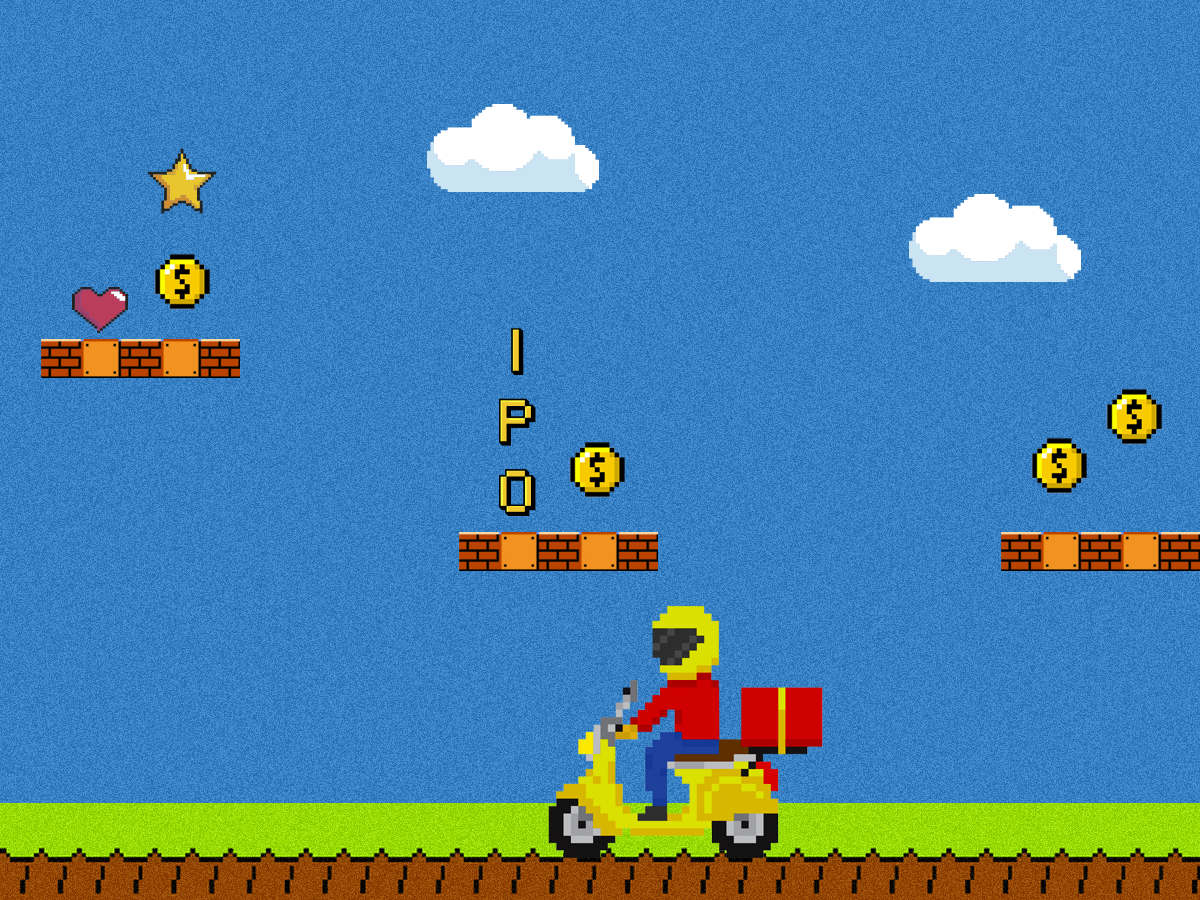 Well that was quick. Zomato, which launched the first domestic IPO by an Indian startup unicorn last week, will be listed on India’s stock exchanges from tomorrow.

Zomato to be listed on stock exchanges tomorrow

July 23 is set to be a historic day for India’s startup ecosystem as food delivery platform Zomato makes its much-anticipated debut on domestic exchanges.

The Gurugram-based firm was initially planning to list on July 27 but has now advanced it to tomorrow, ET reported on Wednesday evening.

Oversubscribed more than 40 times: Last week, Zomato had launched the first domestic initial public offering by an Indian startup unicorn. The issue was subscribed 40.38 times, generating a demand of Rs 2.13 lakh crore, the most for a domestic IPO in 11 years and the third-highest in Indian capital market history.

The IPO, which opened on July 14 and closed on July 16, also set a record for anchor investors and drew the second-highest number of applications ever. The allotment of IPO share allotment to investors took place today (June 22).

IPO offering: The issue comprised fresh equity worth Rs 9,000 crore and an offer for sale (OFS) worth Rs 375 crore by existing investor Info Edge (India). At the upper end of the price band, the company will command a market capitalisation of nearly Rs 64,500 crore. Zomato had raised Rs 4,197 crore from 186 anchor investors ahead of the IPO by allocating 552.2 million shares at Rs 76 apiece.

India’s startup ecosystem has been watching Zomato’s IPO performance keenly as it could set the tone for a clutch of other companies to follow, including Paytm, Policybazaar, and Mobikwik.

Read our deep dive on Zomato’s IPO, what it means for other startups, and the company’s journey so far.

Driving the news: BlackBuck has raised $67 million in a round led by Silicon Valley-based venture fund Tribe Capital, IFC Emerging Asia Fund and VEF, which value the startup at over $1 billion. The company was previously valued at around $850 million when it last raised funds in 2019.

Where will the money go? The firm will use the money to expand its customer base and launch new services. BlackBuck’s cofounder and CEO Rajesh Yabaji told it will invest heavily in product and data science capabilities to strike better efficiency in freight matching for the Indian trucking ecosystem. The startup will also scale its financial services and insurance offerings through partnerships.

This financing comes as the firm sees a shift in demand, with most of it no longer coming from major enterprises but from small businesses, brokers and large-scale outfits. “Over the past two years, digital adoption has grown wider… We have seen 20X growth on the supply side while there has been 10X growth in demand,” Yabaji said.

Big picture: It has been a record-breaking year for domestic startups, which have raised $12.1 billion from venture capitalists and private equity firms in just the first six months. India’s startups $11 billion in the whole of 2020, according to data from Venture Intelligence.

The continued flow of funds at steep valuations has also helped catapult a record number of startups into the unicorn club. 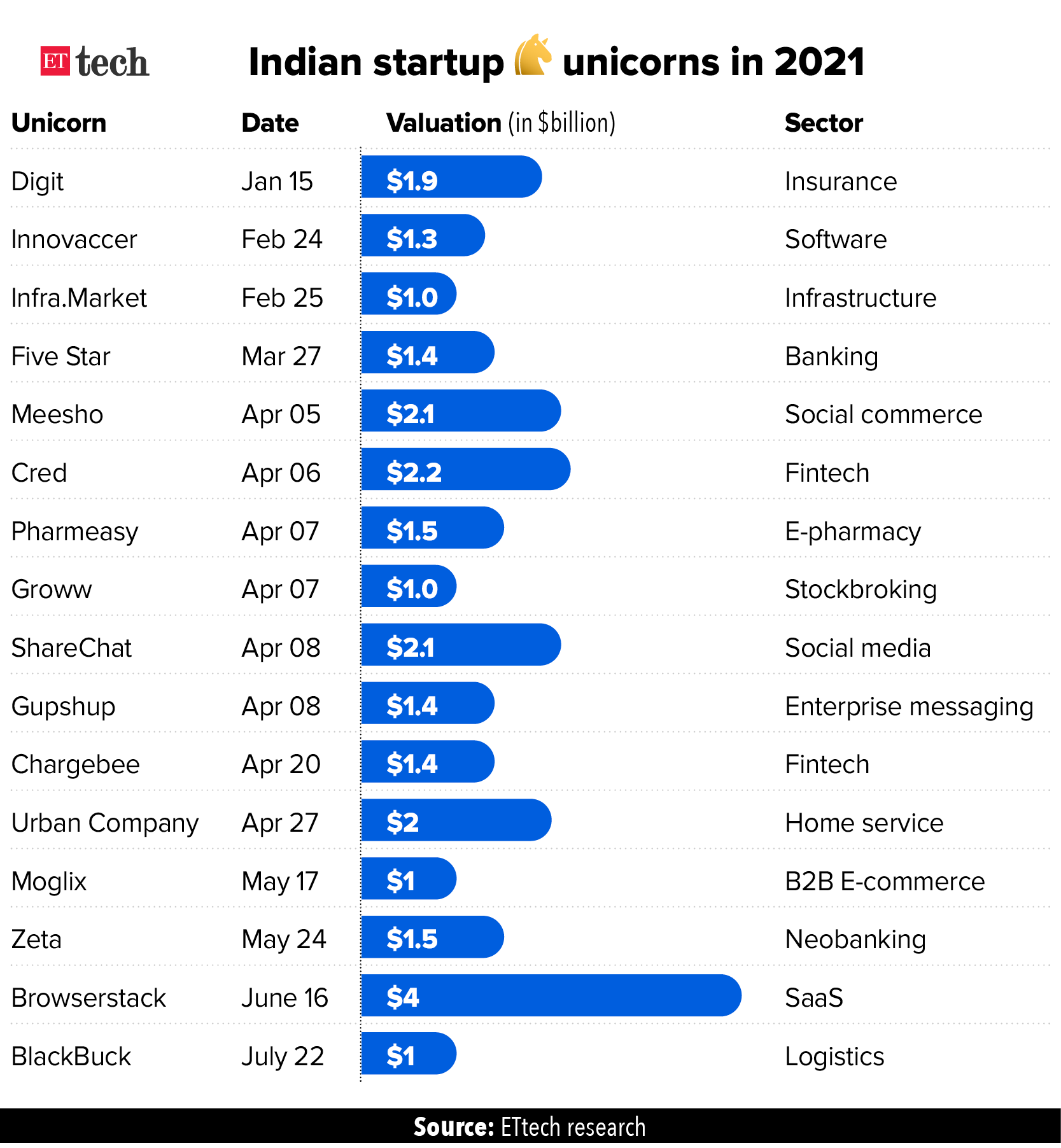 RBI says digital rupee will be introduced in phases

The Reserve Bank of India (RBI) is working towards a “phased introduction” of India’s Central Bank Digital Currency (CBDC) and a pilot to test a general-purpose digital currency is a possibility in the near future, RBI deputy governor T Rabi Shankar said on Thursday.

What’s a CBDC? CBDC is a form of virtual currency that is issued by a central bank as an alternative to physical currency. Unlike cryptocurrencies such as Bitcoin and Ethereum, CBDCs are backed by the sovereign reserves of nation states and are thus not subject to the same volatility.

What are the benefits? Shankar said a CBDC would reduce dependency on cash, lower the costs of printing cash, and offer a more robust settlement mechanism. Another key advantage is the elimination of “time zone difference” in foreign exchange transactions that could pave the way for a cheaper and smoother international settlement system. 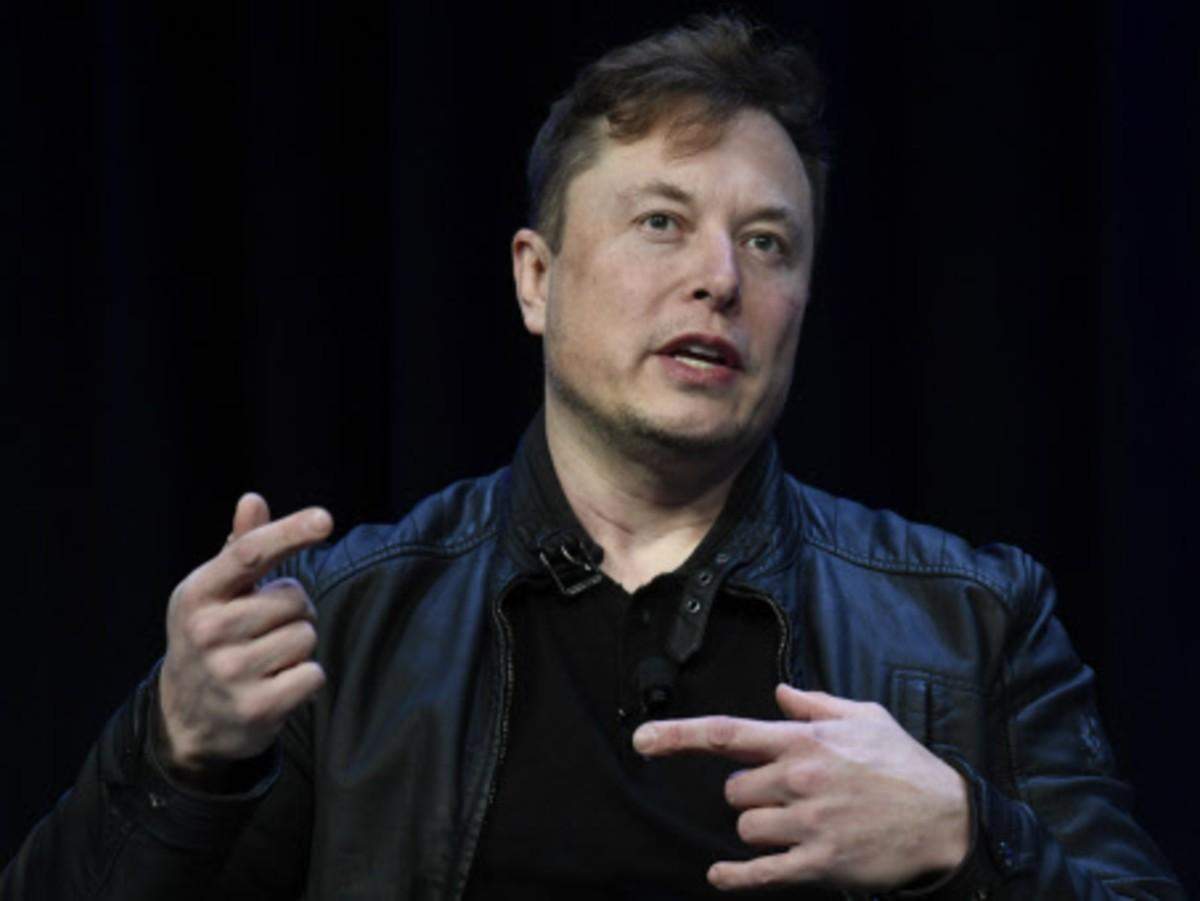 Meanwhile, at the other end of the world, Tesla chief executive Elon Musk said on Wednesday that they will likely begin accepting bitcoin as a payment option once again after conducting due diligence on the amount of renewable energy used to mine the currency.

Musk also noted that he and his space firm SpaceX own bitcoin as well, apart from Tesla. Musk also owns Ethereum and Dogecoin in his personal capacity.

Catch up quick: Tesla had bought about $1.5 billion in Bitcoin in February and had said it would accept the digital coin as a payment option. But in May, Musk announced on Twitter that Tesla would stop this initiative, citing concerns with “rapidly increasing use of fossil fuels for Bitcoin mining and transactions”.

This move had triggered a Bitcoin rout, with the cryptocurrency falling by nearly 17% within hours of the tweet. It also triggered allegations of “price manipulation”, which Musk denied last month.

On Wednesday, Musk said, “I might pump, but I don’t dump … I definitely do not believe in getting the price high and selling or anything like that. I’d like to see Bitcoin succeed.” 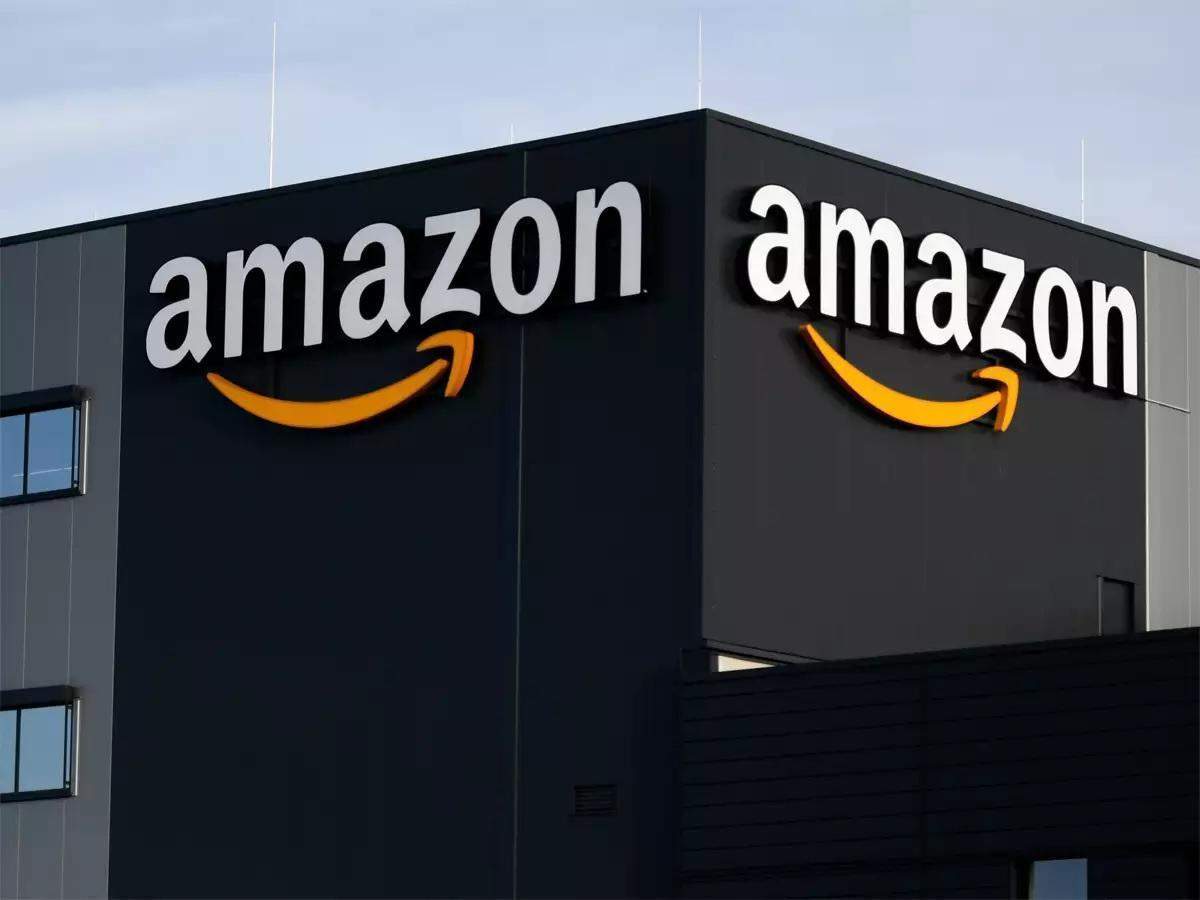 In a show-cause notice to Amazon, India’s competition watchdog has accused the company of hiding facts and making false submissions while seeking approval to invest in a Future Group unit, reports Reuters.

The deal: Amazon had agreed to acquire a 49% stake in Future Coupons, a promoter entity of Future Retail, in August 2019 for around Rs 1,500 crore. The firm is currently involved in a court tussle with Future Group and Reliance Industries after the latter acquired Future Group’s retail and wholesale business.

Amazon has argued in court that the terms of its 2019 deal prevent Future Group from selling Future Retail to Reliance.

CCI notice: The Competition Commission of India (CCI) said in a notice dated June 4 that the US e-commerce major did not disclose its strategic interest in Future Retail when it sought approval for the 2019 deal. “The representations and conduct of Amazon before the Commission amounts to misrepresentation, making false statements and suppression or/and concealment of material facts,” the notice said.

CCI has now asked Amazon why it should not penalise the firm.

What is Amazon saying? Amazon confirmed to Reuters it has received the notice and would extend its full cooperation to the CCI. The firm said it is “confident that we will be able to address the CCI’s concerns”.

What’s next? If CCI is not satisfied by Amazon’s response, it could fine the firm and also review its deal with Future Group, Vaibhav Choukse, partner at J Sagar Associates, told Reuters. 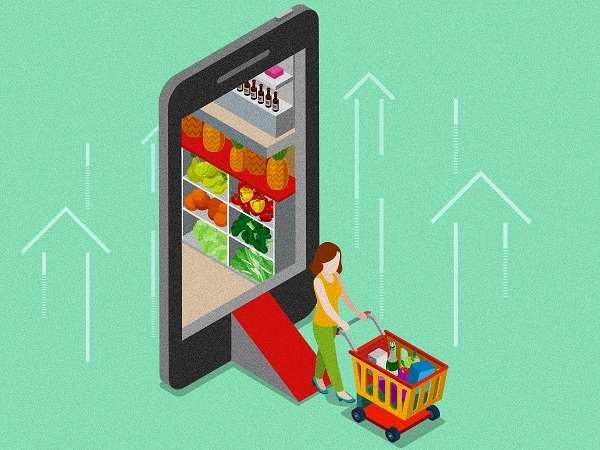 India’s largest brick-and-mortar retailers are seeing a huge shift in consumer behaviour as more people shop online amid the pandemic.

What’s happening? Reliance Retail, DMart, Croma, Aditya Birla Fashion & Retail, and Spencer’s Retail saw their online sales grow by 2 to 9 times in 2020-21, even as many of their stores either remained shut or had limited operations due to Covid-19 restrictions. This is based on disclosures in their annual reports and presentations to investors. 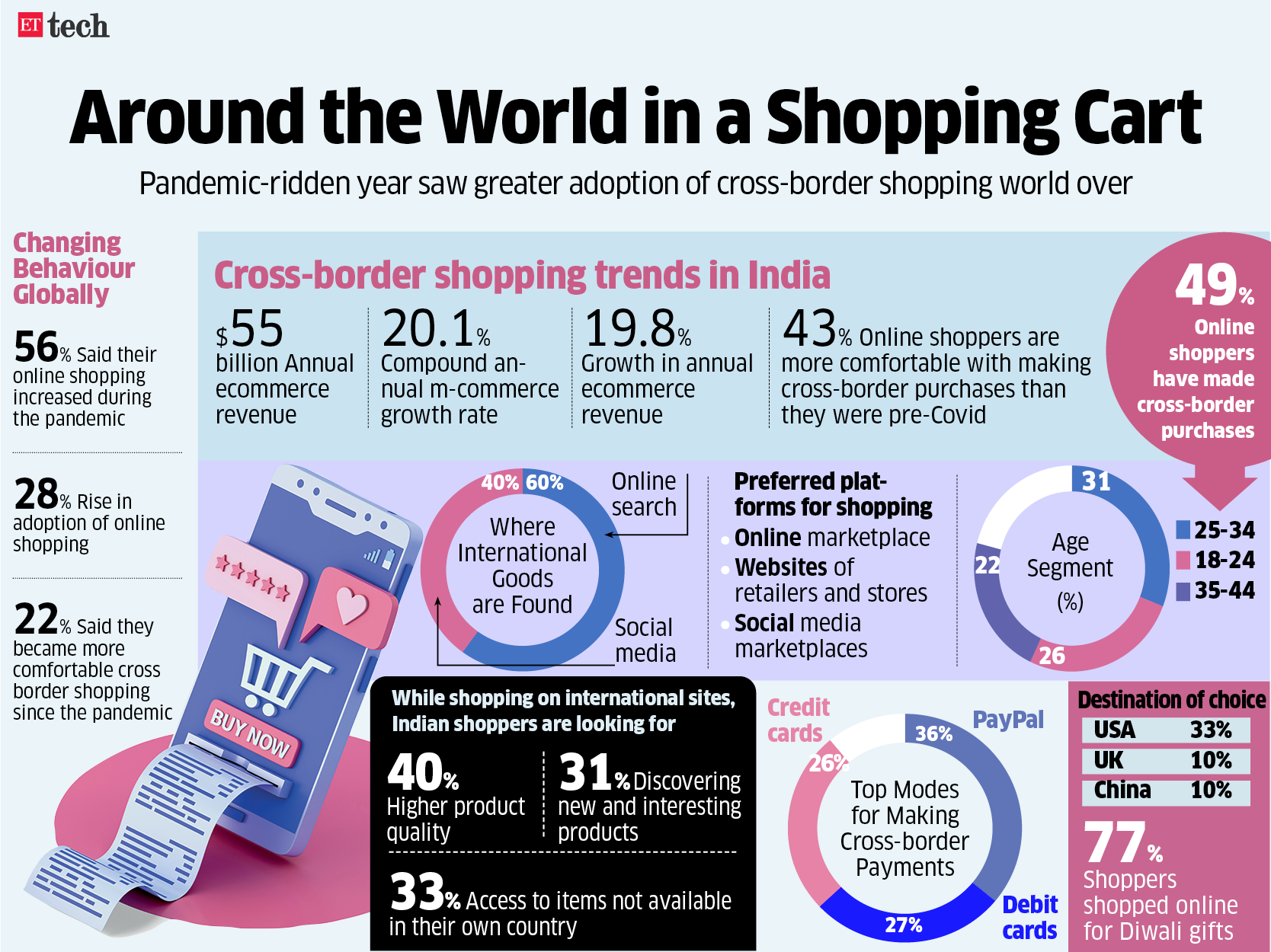 For India’s largest retailer Reliance Retail, the e-commerce business accounted for about 10% of its revenue by the end of FY21, up from almost zero in the previous year. The growth was led by its own platforms Jiomart and Ajio.com, and startups that it acquired such as Netmeds, Urban Ladder and Zivame.

Spencer’s Retail and Nature’s Basket managing director Devendra Chawla said online sales comprised as much as 30-40% of their total sales in the peak lockdown months.

Knorish gets $1.1 million funding from Inflection Point Ventures, others